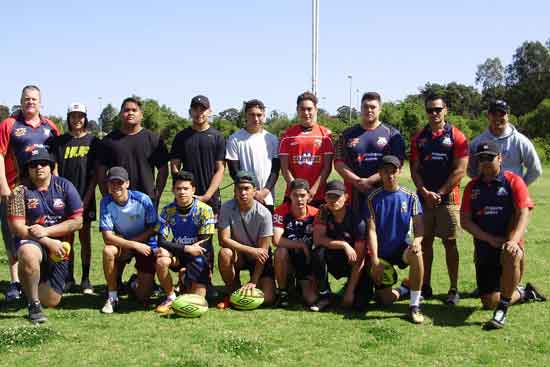 The month of October 2016 will be one of many first for the Philippines and Rugby League.

The month started in Aotearoa, where the Akarana Eagles a team comprising predominantly of Filipino-New Zealanders won a close Grand Final, 26-22 against the Counties Manukau Piranhas in the Ethnic Rugby League Grand Final.

The PNRL in this month of October is building for its future and playing roster with Filipino-heritage players in New Zealand and local Filipinos and Papua New Guinea (PNG) nationals in the Philippines.

In Sydney, Australia on October 8th the PNRL is further building on its playing roster by finally participating, after 2 years of invitations from the NSWRL in the Harmony Cup. Where it is entering both an U16 and U18 Filipino-Heritage team.

The Harmony Cup provides opportunities for players and volunteers from Culturally and Linguistically Diverse (CALD) communities to participate in teams that represent their community, culture or nation of Origin. So the tournament, is a celebration of cultural diversity which also operates as a development pathway, so is a platform for non-elite players to showcase their skills and build healthy relationships through Rugby League.

Last Sunday a couple of hours before the NRL Grand Final the U16 and U18 Filipino-Heritage team got a visit from PNRL Co-founder Erick Elefante who was invited by Coaches Jason Carter and Glenn Power to give the young players a pep talk at their training session!

Erick asked the young players “What motivated you to put your hand up to play for this side?” Which seemed to be an all too heavy philosophical question for a couple of the young players asked. Until Harrison Ryterski in the U18 squad proudly stated: “I want to represent my Philippine heritage”!

The Filipino-heritage players selected for the PNRL’s first foray in the Harmony Cup are:

The PNRL would like the support of the large Filipino community in Sydney and beyond so invite you all to come along to next week’s tournament: