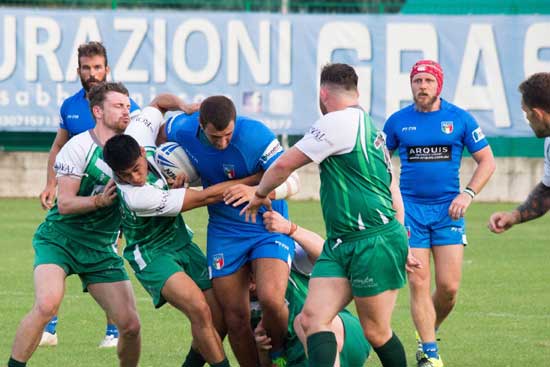 Ireland’s leading home-based players will have a final chance to stake their claim for a place in the squad for this month’s Rugby League World Cup qualifiers when they face Malta at the Carlisle Grounds in Bray this Saturday.

Rugby League Ireland’s ground-breaking decision to introduce a new selection policy that a minimum of eight domestic players be included in Ireland international squads has turned this match against Malta into a final trial match.

The Ireland squad is comprised entirely of home-based and amateur players and those who impress could join their professional colleagues flying in from the UK and Southern Hemisphere for the crucial World Cup qualifiers against Spain and Russia.

The new selection policy direction introduced last week has been wholeheartedly welcomed by rugby league fans at home and praised for its bravery by international pundits. The new policy means that more than 40% of the players in the 19-man World Cup squad will have played for rugby league clubs in Ireland.

Carl De Chenu, Ireland’s domestic squad coach, said: “We’re very much looking forward to welcoming Malta to Ireland at the weekend. We played over there last year and came away with a narrow win after a very competitive an- physical game.

“Malta have a mixture of domestic and foreign based players, some of which are playing professionally in Australia and England. This provides us with the opportunity to continue testing ourselves against quality opposition and to gauge the development of our home-grown rugby league players.

“The new selection policy really gives these players something tangible to aim for. They know there is now a clear pathway to playing in the World Cup.

“We had a good win against Italy last time out. We want to keep that momentum going and progress as a squad in preparation for the World Cup qualifiers.”

Ireland defeated Italy 60-26 in Brescia last month but Malta are expected to provide a sterner test.

Malta fullback Andrew Muscat is looking forward to a rematch with Ireland. He said: “Last time out in Malta was a fantastic match. The Irish were really physical and enthusiastic and it’s something we are going to have to match if we want to come away with a result”.

Dynamic backrower Blake Phillips said: “It’s always an honour to pull on the Malta shirt for these games. The players always seem to raise their game when they wear the red and white of Malta”