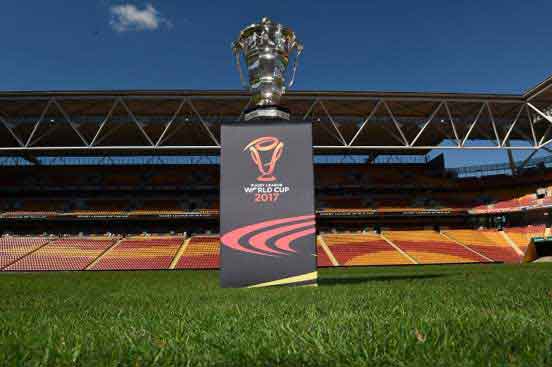 Brothers Jake and Tom Trbojevic and Brisbane Broncos rising star Tom Opacic have been included in Serbia’s initial train-on squad for matches against Wales and Italy, in Pool A of the European Qualifiers for the 2017 Rugby League World Cup next month.

The Serbians have never appeared in a World Cup and just over half of the squad come from eight clubs in their domestic competition, Dorcol and Red Star supplying the most, with players also included from England and France.

Skipper Dalibor Vukanovic said: “We are so excited for this historic opportunity to compete for place at the World Cup. As one of the more experienced players, for me this is the culmination of the 15 years long evolution of rugby league in Serbia.”

The stand-off added: “It is wonderful that such high profile and talented players of heritage want to be a part of what we are building here. When we step on the field in October, we are not just fighting for ourselves and our country, but also for the all the hard work and sacrifice that thousands of enthusiasts gave for the sport in Serbia to get to this international recognition.”

His half-back partner Vladislav Dedic noted: “Four or five years ago, I could only see the biggest rugby league stars on TV and now I have a chance to be on the field, toe to toe with them. We will have to outperform ourselves to beat two great teams in Wales and Italy. We have the utmost respect for both nations, so we are preparing hard for the historic games that stand between us and possible World Cup glory.”