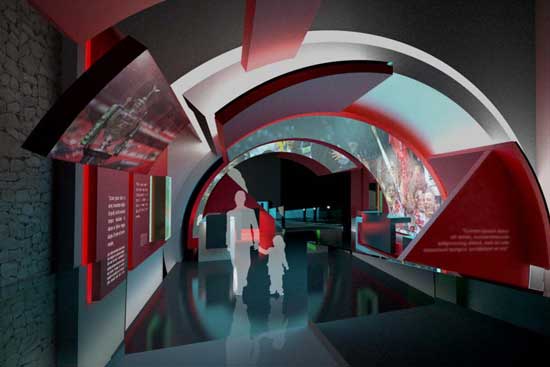 Rugby League Cares is delighted to announce that the new National Rugby League Museum will be based in Bradford, a city with a rich sporting heritage which is currently undergoing a cultural and architectural transformation.

The museum is scheduled to open in August 2020 to mark Rugby League’s 125-year anniversary and will take pride of place within Bradford City Hall opposite City Park, a multi-award winning public space which is home to the UK’s largest urban water feature.

Bradford was selected as the home of Rugby League’s first ever National Museum following an extensive consultation process led by a working group chaired by Dr Kevin Moore, the director of the celebrated National Football Museum, and involving local authorities, the Rugby Football League and other key stakeholders.

Bradford beat off stiff competition from a number of major towns and cities to host the museum, which will house and display the sport’s extensive collections and historical artefacts, as well as being a world-class, interactive visitor attraction.

Chris Rostron, the Head of Rugby League Cares, said: “It gives me great pleasure to confirm that Bradford will be the home of the new National Rugby League Museum from 2020.

“Through all our discussions with the city council and its officers we have been overwhelmed by the positivity for this very prestigious project. The city’s commitment to working with Rugby League Cares to help us realise our ambitions to make the museum a world-class attraction shone through from Day 1.

“Bradford’s enthusiasm to host the National Rugby League Museum is matched by the energy within a city which is rapidly becoming one of the UK’s top destination venues: our location in City Hall could not be more central or accessible.”

The museum will be funded from a range of sources, including private benefactors and grants from central Government, and the funding application process is already at an advanced stage.

“We are delighted by this news and are committed to working with all relevant parties to ensure that the museum is a success. It is a wonderful opportunity for Bradford and we are very proud City Hall has been chosen as the location for the museum.

“Our city and district has a proud rugby league tradition and this museum will inspire the next generation of rugby league fans and players.”

Heritage Manager for Rugby League Cares, Brigid Power, is excited about developing the project as well as the collections that will form a part of the museum.

“We have some fantastic objects and archive material in our collection, which we are continually adding to,” she said. “Our most recent donation has come from one of Bradford’s finest legends – Ernest Ward, whose son Trevor has very kindly donated some of his father’s medals, boots and photographs. Ernest played over 390 matches for Bradford Northern in the 1940s and ‘50s, so the donation is a great addition to the collection, in light of the location of the Museum.”

Rugby League’s links with Bradford are well established: the Manningham club were founder members of the Northern Union in 1895 before switching codes and changing their name to Bradford City.

Bradford still holds the record for the biggest crowd for a rugby match in the UK of 102,575 for the 1954 Challenge Cup final replay, Halifax v Warrington at Odsal Stadium. And in Super League, Bradford Bulls are one of the most successful clubs of the summer rugby era with six Grand Final appearances, including three wins.

The city is well-served by the transport network with good rail and road connections across the North of England and features a host of attractions including the National Media Museum, Cartwright Hall and Impressions gallery and a world-famous selection of Asian restaurants that have seen it crowned Curry Capital of Britain for five consecutive years.