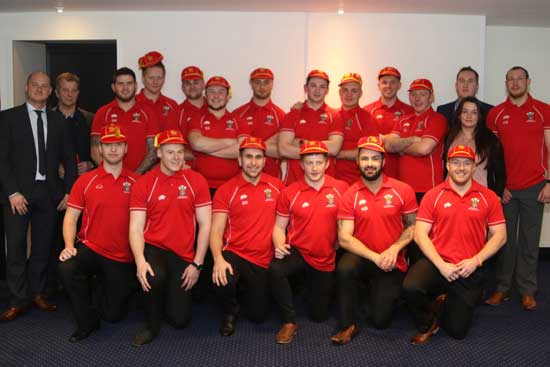 Wales Dragonhearts will be breaking new ground this year by travelling to Germany and playing two matches, one against the full German national side.

The Germans, who could field Leeds Rhinos’ Jimmy Keinhorst, will be stern opposition for the Welsh, who will be selected from the community ranks.

The Dragonhearts will play three fixtures this autumn, the first being against a West of England select on either September 25th or October 2nd with their first fixture in Germany being against the British Army Germany on October 19th before the test against the German National team on October 22nd.

They will leave Wales after watching the Wales v Serbia World Cup qualifying match as a squad on Saturday 15th October at Parc Stebonheath in Llanelli.

Eligible players must have represented East or West Wales in the 2016 Origin Series and not played any professional games during 2016.

The Training squad will be announced on Thursday 15th September with the first training session being on the following Sunday.

Wales Rugby League chairman Brian Juliff said: “I’m very excited about the best of our community players travelling to Germany for our first real tour at this level.

“Whilst a developing Rugby League nation like ourselves, Germany have produced some good players like the Keinhorst brothers, and are sure to give us a game, and stay, to remember.”

If anyone would like any more information regarding the 2016 Dragonhearts programme please contact Peter Tiffin on either peter.tiffin@walesrugbyleague.co.uk or 07772949956.

Tickets for Wales’ World Cup qualifying match against Serbia are priced from £10 adults, £8 concessions and £5 children, and can be bought by going to www.walesrugbyleague.co.uk.