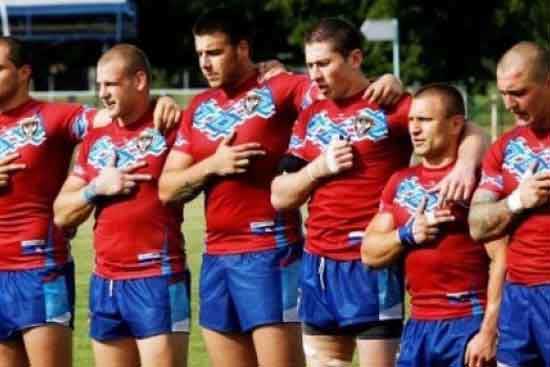 “Rugby league is going global and there’s no turning back,” claims former Wigan and Wakefield great and ex-Penrith, Sydney, back rower Bill Ashurst, after visiting Serbia.

Ashurst, who made three appearances for Great Britain in the early 1970s before heading to play in Australia, was a part of the England Lionhearts (North West) U18 coaching stuff that participated in the Belgrade Trophy recently, a four nation tournament for U18s.

“I never imagined that rugby league would bring me to places like Serbia,” he said. “The game has so much grown since my playing time and it’s a wonderful thing, I’m glad that I can still be part of it.”

A professional player for almost 20 years, Ashurst was man of the match, winning the Harry Sunderland Trophy, in the 1970-71 Championship final when at home-town Wigan and was signed by Penrith for a then record fee. He was subsequently voted into the Panthers’ ‘Team of Legends’ in 2006, and also played at Wembley in the 1979 Challenge Cup final after another record transfer to Wakefield.

“This was my first time in Serbia and certainly not the last,” he commented. “I’ve been impressed with the level of commitment of SRL, their hospitality and set up. I’ll make sure that people know those over there love rugby league and are trying their best to develop it.”

“The tournament was a good experience for all of us, we learned from each other and hopefully there can be more like them for youngsters in the sport, wherever they come from.”

Ashurst has also backed Serbia in their bid to qualify for the 2017 World Cup. They face Wales and Italy in the final round of European Qualifiers in the autumn, aiming to get to their first-ever finals.

“I hope they can make it,” Ashurst noted. “It would be a big help if the Serbian heritage players chose to play for their country of origin. I’d love to see them there.”