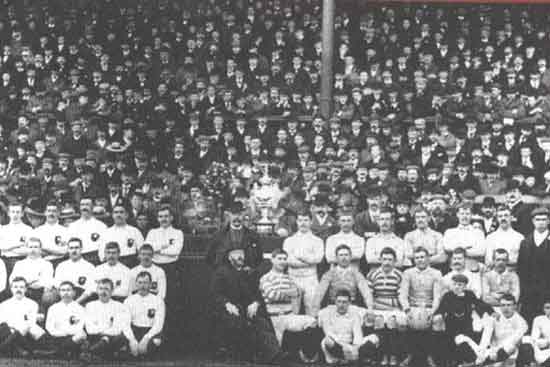 One of the most popular sports in Northern England is rugby league, especially in its birthplaces such as Lancashire and Yorkshire. Rugby League is so popular in these heartlands as well as many other northern English towns that people watch more of it than football. If you are one of those rugby league fanatics, you can win tickets with http://www.australiancasinoclub.com. The game was referred to as “rugby” in those northern English territories while the rest of England normally called it rugby union.

The game has been popular in the North of England ever since the 19th century when people started playing rugby. It was extremely popular among the working class, while in Southern England only middle and upper class people played it.

At the time the game was kept strictly on amateur level which meant that no player was allowed to receive any wagers for their playing. This was very disadvantageous for the working class people that loved playing rugby because they could not afford to train and play and especially they couldn’t afford to lose days from work if they got injured. Professional rugby was out of the question for the Rugby Football Union because of this principle of amateurism and issues of class.

To resolve this issue, northern clubs representatives met at the George Hotel, Huddersfield in August 1895m where they formed the Northern Rugby Football Union, which started distinguishing itself from the Rugby Football Union from then on. However, even this organization was anti-professional rugby playing, but they did allow payments if workers missed a work day. Thanks to this the amateur scene thrived soon.

This Northern Union made more reforms in 1897 and 1906, which made the game far more exciting than before, which resulted in their version becoming a sport in its own right. It was no longer a form of rugby union. The teams were reduced to 13 players, the need for scrums was lessened by introducing play-the-ball and the scrappy rucks and mauls were replaced.

Thanks to these changes spectators began loving it more than the RFU’s version. It started spreading outside of England and soon there were international matches. The first ever was played between England and the Other Nationalities team in 1904 where England lost 9-3 at Central Park, Wigan.

The Northern Union has always looked outwards and by 1929 rugby was established in France too. In the meantime the Northern Union changed its name to Rugby League as a result of their code being totally different than Rugby Union, hence the name of the sport.

When the WWII came the game was discontinued and resumed after the war. The first rugby league match that was televised was played in 1948. It ended 8-3 for Wigan against Bradford Northern which earned them the Challenge Cup title. It was also the first match that was attended by the king.

In the next period rugby league experienced a surge of interest. Large crowds were a constant for the next 20 years, but in the 1960s interest slowly began to drop largely due to the introduction of TV and other forms of entertainment. David Attenborough helped in getting the interest back by screening games on BBC2, but still the popularity of the game fell in the next decade too.

In the 1980s the first rugby league club outside the heartlands was formed known as the London Broncos. There were three other rugby league clubs that were based in London in the 1930s, but unlike those, the Broncos came to stay. By the end of the 1980s the game was even taken to the parliament where MPs tried to tackle the key issues that the game faced. They tried to eliminate discrimination between the two codes.

The 1980s was the time when Wigan dominated the game, which ended with the formation of the Super League. By that time Wigan won the Challenge Cup 8 consecutive times, and the league title for 7 consecutive times, which was never done before. In the 1990s Rugby Union went professional which allowed for high-profile players change codes, which resulted with league players playing rugby union tempted by big-money contracts.

Today, Rugby League is a culture of its own. It’s played in fifty different countries in the world, loved by people from all genders and sizes: men, women and children alike. The sport went a long way from being a game played on amateur level by working class heroes to international sport played by professional athletes.