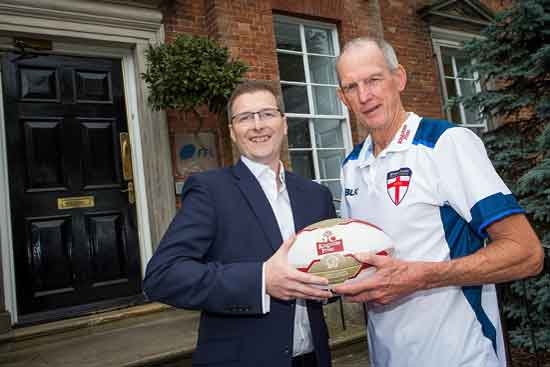 England Rugby League are pleased to announce Kingstone Press Cider as their Principal Partner ahead of this year’s Four Nations tournament and the Rugby League World Cup in 2017.

The two-year deal will see Kingstone Press instantly recognisable on the front and back of the national team’s playing shirts.

Adding England to their growing portfolio, Kingstone Press are involved from the very top of Rugby League to the grassroots reinforcing the partnership with the sport.

Fans will first see evidence of the partnership as the England team proudly wear their playing kit featuring the Kingstone Press logo when they take on the No. 1 ranked team in the World, New Zealand.

That match is at the John Smith’s Stadium on Saturday October 29. England will also be in action against Scotland at the Ricoh Arena in Coventry and Australia at Olympic Park. The Four Nations final will be played at Anfield, Liverpool.

RFL Commercial Director Chris Rawlings said: “Following on from last year’s International Series win against New Zealand, 2016 is an important period for England Rugby League as they look to build on that success. Having Kingstone Press on board as Principal Partner only strengthens this preparation.

“From the front of the England shirt down to the National Conference League, it shows a real commitment to Rugby League and reflects the relationship they have with our teams and supporters.

“This is great news for us at an exciting time for international Rugby League as we look forward to welcoming the world’s best teams and players to the UK this autumn.”

Justin Way, Marketing Controller for Aston Manor Cider added: “We are delighted to become the Principal Partner of the England team. It adds a new dimension to our existing relationship and further strengthens our association with Rugby League.

“Consumer awareness and recognition of Kingstone Press has grown tremendously since we first aligned the brand with the sport. We continue to increase distribution and sales so that more fans can enjoy the brand nationwide.

“Working with the RFL and engaging with the millions that follow this exciting sport is building awareness of Kingstone Press as a truly authentic and refreshing English cider.”

More than 50 per cent of tickets for the Four Nations are priced at £25 or less.

Go to rugby-league.com/tickets/fournations or call the Rugby League Ticket Hotline on 0844 856 1113 (calls to this number will cost 7p per minute plus your phone company’s access charge.)