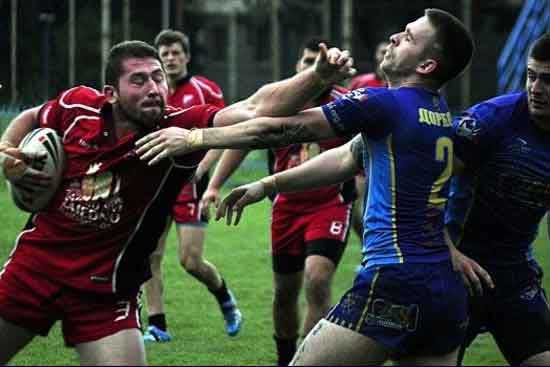 His four tries were the highlight of an historic victory which keeps Red Star on track for the quadruple this season having already won the Super Cup, and puts a second name on the trophy.

Full-back Zogović set the tone with a converted try and assist to another from Vojislav Dedić which was sandwiched scores by the Vukanović brothers – younger Stefan scoring a try and captain Dalibor converting.

Zogović’s second gave the red and whites an 18-6 lead, which was cut by a penalty try but in the dying minutes of the first half, Zogović claimed his hat-trick to make it 24-12 at the break.

Dorćol responded, Stefan Vukanović scoring his second try five minutes into the second half and they were further helped when Red Star’s Miloš Ćalić was sin binned.

Despite being a man down, Vladislav Dedić extended the lead, Stevan Stevanović replying to make it 30-20, but Zogović settled proceedings with his fourth touchdown.

“It was a great game and a dream win for us,” said hero Zogović. “Since the beginning of the season we set our sights on winning our first-ever Serbian Cup. It was a team effort but we don’t want to stop here, our goal now is to finish the season by also winning the First division and the Grand Final.”