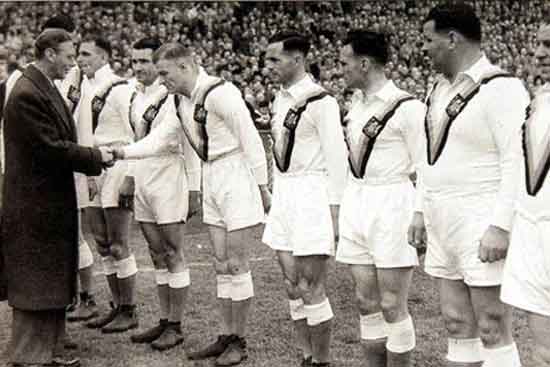 Previously we posted an article about the history of Rugby League in England that showed how the sport evolved in its own separate competition up until the Second World War. Many significant changes happened in the period up to the war such as the first radio broadcast of a game, the name of the game, and the first rule changes that defined at as a separate sport etc.

In this article we will further witness the rise of the game in popularity how it became a modern-day game that has even inspired casino games which you can play if you visit netentcasinokings.com. The periods covered here will be the post war period up until modern day.

Post War
After the war the game continued. In fact, the game was played during the war too, but at limited conditions. The professional Rugby League was discontinued and the leagues were suspended. Instead a War Emergency League was established where clubs played separate Lancashire and Yorkshire sections. This was in order to reduce the need for travel. In 1948 the first televised match happened between Wigan and Bradford. It was also the first RL game to be attended by the king where King George VI presented the trophy to the winning team.

Over the next years there were attempts of expanding the game outside the heartlands. But, only a few regions accepted the game, the southern areas of the West Riding of Yorkshire and Cumberland. Nonetheless, the game continued to achieve popularity, which was witnessed by the large crowds that attended the post war games. Over 69.8 million viewers attended the match by 1950.

The game was so big that in the 1954 Challenge Cup final replay 102,575 spectators watched Halifax and Warrington play at Odsal Stadium in Bradford. But, after a section of fencing collapsed, 20,000 more joined them. The same year the first Rugby League World Cup happened in France where Great Britain won the title by defeating France at Parc des Princes in Paris. The result was 16-12. 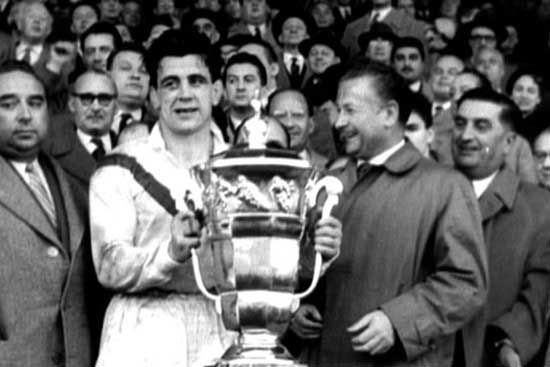 In 1966 the four tackle rule was introduced, which was then increased to six in 1972. But, by the 1970s the attendances fell greatly due to other forms of entertainment being televised. Also, thanks to David Attenborough, then controller of BBC2, Rugby League games began being televised. In 1973 the Amateur Rugby League Association was formed which helped the need for the game to develop below professional level. The following year the drop goal was reduced to one point.

1980s and 1990s
In 1980 the first London-based Rugby League team was formed that managed to survive. There were similar attempts in the 1930s but didn’t survive. This time the club was formed with the help of Fulham F.C., whose intention was to create an income stream that would feed the association football club. That new club is known today as London Broncos. This helped for Rugby League to expand outside the heartlands.

1982 was the year when the Kangaroos received their nickname “The Invincibles”. They won all their tour games for first time ever and produced the gap between Australian and English rugby league that never was fully closed ever since. The next year the try was increased to four points, sin-bin was introduced and handover began after sixth tackle instead of scrum.

In 1986 the first Rugby League game was played at Old Trafford, where Australia defeated Great Britain in front of 50,000 viewers with 38-16. In 1987 the Parliament tried to face the key issues between Rugby League and Rugby Union by forming the All-Party Parliamentary Rugby League Group in 1987. A “free gangway” was attempted between the two codes, but the discrimination never stopped. The result was the introduction of the Sports (Discrimination) Bill in 1994.

The next year the Rugby League Hall of Fame was inaugurated. It was also a time when Wigan began its era of domination. By 1995 Wigan won the league title for 7 consecutive times and the Challenge Cup final for 8 consecutive times.