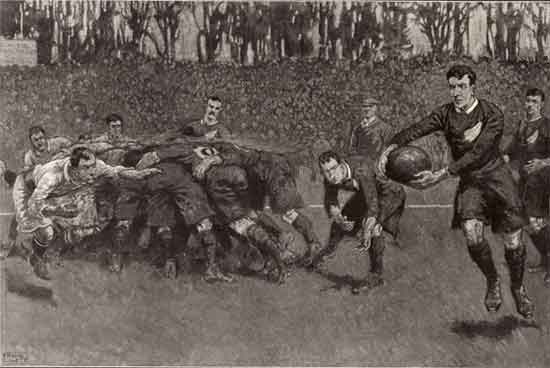 One of the most popular sports in Northern England, even more popular than association football is Rugby League. Ever since the 15th century a form of rugby has been spreading across England, when it became standardized at the end of the 19th century. Out of it came Rugby League, and today Rugby League is played across England, but not as much as in North of England, especially Lancashire and Yorkshire, where the game originated.

Rugby League is fairly popular among sports bettors too. Even online casinos have some Rugby League themed-pokies, such as these top 10 pokies casinos for 2016. In the past the game was mostly popular among the working class people. As opposed to it, the rugby competitions played in the South of England was played by the middle and upper class. That same working class spirit has cause for many to think that Rugby League is much better than Rugby Union.

1800s
Many different types of football were played in the period between 1400s and 1800s. These types of football were the ancestors of Rugby League because back then players were allowed to use their hands to handle the ball. There are even records of these games being played in strongholds such as York, Workington, Whitehaven, Rochdale, Huddersfield and Hill.

It’s believed that rugby was officially invented in 1823 when William Webb Ellis, a pupil, invented the rules. However, no evidence exists to support this myth. It was very common in the 1830s to run with the ball at Rugby School, and in the next three decades Rugby School football spread across the United Kingdom.

In 1864 the first rugby clubs were formed in Huddersfield and Leeds. Then came clubs in Hull one year later, in York four years late, and after that in the next 10 to 15 years hundreds of clubs were formed across Yorkshire, Lancashire and Cumbria.

In 1876 the Yorkshire clubs started the Yorkshire Cup competition, which attracted crowds bigger than the FA Cup Final today. In 1886 strict amateur rules were introduced by the Rugby Football Union due to a concern at the growing dominance of the largely working-class northern clubs.

As a result in 1893 the Yorkshire clubs came with a proposal of offering players compensation for their play. They were offered six shillings if they missed work due to injuries. But, the Rugby Football Union voted down the proposal and many players and northern clubs were suspended.

As a result and under pressure to be expulsed from the RFU because they couldn’t prove their amateurism, the northern clubs met at the George Hotel in Huddersfield in order to form their own union. Twenty one clubs from Lancashire and Yorkshire formed the Northern Rugby Football Union on 29 August 1985. It was largely an anti-professional union where payments were allowed only to players that missed time from work. Soon local amateur clubs developed a thriving amateur scene and maintained their links with the Northern Union.

The laws of the Northern Union were reformed in 1897 in an effort to make the game more exciting. The same was done in 1906. What they did was abolish the line-out and reduced the value of all goals to 2 points. As a result Northern Union football became a sport of its own, and was no longer a form of Rugby Union.

1900s-Second World War
The spread of the sport generated the first international matches. It happened in 1904 where England played against a team of other nationalities, mostly Welsh players. England was beaten 9-3. The game was played at Central Park, Wigan. Soon afterwards Great Britain had the first-ever test match against New Zealand in 1908 in Leeds. The same year the Aussies visited Britain too, and in 1910 Britain made its first tour to New Zealand and Australia. 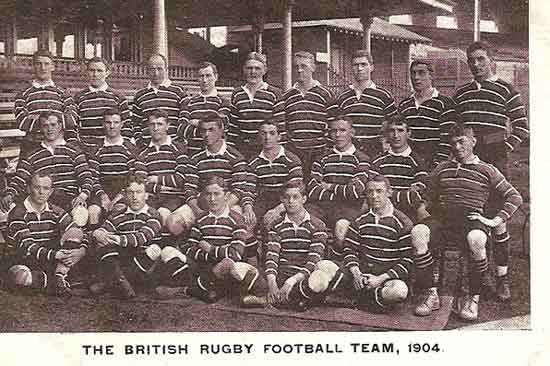 The game continued as a separate sport throughout 1914-1915. However, many players were lost to the First World War. On top of that the reduced attendance and the government ban on professionalism forced the sport to be played in regional competitions only. In 1921 the first £1,000 transfer happened when Harold Buck left Hunslet for Leeds. 1922 the NRFU officially became Rugby Football League.

The game’s popularity brought its first radio broadcast in 1927 on BBC Radio of the Challenge Cup final. Two years later the final was played at Wembley for the first time. After a series of attempts to introduce Rugby League in London, in 1932 the first floodlights match was played between Wigan and Leeds at White City in London. Throughout the same decade the sport saw many new clubs, and it was even transferred to France in 1934. By 1939 the French league had more than 200 clubs.