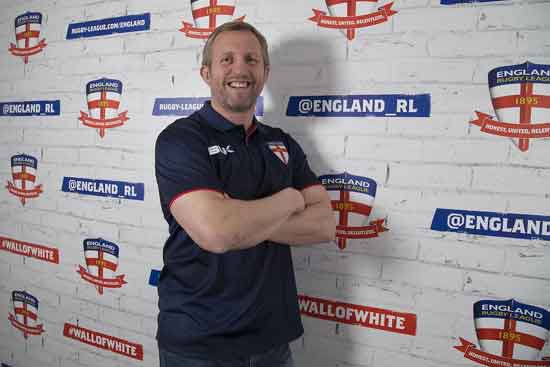 Denis Betts has been appointed as Assistant Coach of the England Rugby League team by new Head Coach Wayne Bennett.

Betts, who is the currently Head Coach of First Utility Super League side Widnes Vikings, will form a key part of Bennett’s back room staff as he leads England into the 2016 Four Nations tournament and the Rugby League World Cup in 2017.

Speaking about the appointment, Wayne Bennett said: “Denis was a wonderful player for England and as a coach is someone who gets the best out of his players.

“He will be keeping an eye on the games in the UK as we start to put plans in place for the forthcoming Four Nations tournament.”

Betts, who today extended his contract for a further two years with the Vikings, also played for both Great Britain and England, won thirteen major honours with Wigan and is a former Lance Todd Trophy winner and Man of Steel.

Capped 36 times for Great Britain and England, Betts has featured in two World Cups and was the last England captain to lead the team out in a World Cup final in 1995.
Speaking about his appointment, Betts said: “I am delighted that Wayne has asked me to be Assistant Coach for the national team. Wayne is an iconic figure in the game and to work with and learn from someone with his experience is an opportunity I am relishing.”

“There are some incredibly talented players in and around the England squad and I am confident that they will be able to do their country proud in this year’s Four Nations and at the World Cup next year. I am excited to be given the opportunity to work with them and I am looking forward to meeting up with all of the selected players in October.”

Bennett, who will be travelling to the UK in June to meet with British based players, will take in a number of First Utility Super League games and will announce his full backroom staff while he is in the country.

England will begin their Four Nations campaign against New Zealand at the John Smith’s Stadium in Huddersfield on October 29, before taking on Scotland at the Ricoh Arena in Coventry on November 5. They will then take on Australia at the Stadium, Queen Elizabeth Olympic Park on November 13 before a possible final at Anfield on November 20.

On the Four Nations tournament, Bennett said: “I’m excited to begin work with this England team. The venues selected for our games in the Four Nations are world class and I hope that the English fans will be out in force to support us and that we can do them proud on the field.”

More than 50 per cent of tickets for the Four Nations are priced at £25 or less.

Early bird offer of £5 off all tickets to Four Nations final at Anfield (offer available until May 2). Buy your tickets today – adults from £15, concessions from £5.
Complimentary England merchandise available with tickets purchased to England games*.

Go to rugby-league.com/tickets/fournations or call the Rugby League Ticket Hotline on 0844 856 1113 (calls to this number will cost 7p per minute plus your phone company’s access charge.)