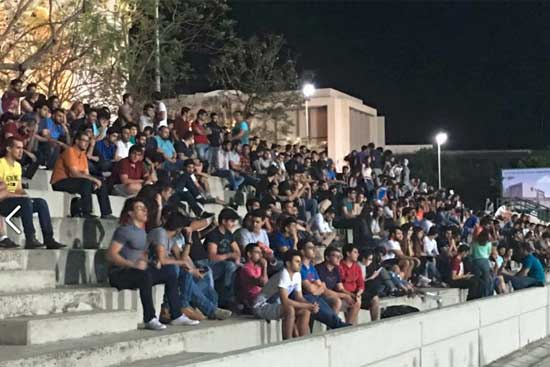 The University of Balamand confirmed their dominance of the 2016 college rugby league season with a thrilling 17-10 victory over LAU Varsity at UOB stadium in the Grand Final.

An enthusiastic crowd of 450 watched a gripping match that saw LAU pull to within one score before Joey Aslan landed a 71st minute drop goal to secure the title for the hosts, the northern outfit winning the double and losing only one match throughout the season.

LAU got off to the perfect start, silencing the home crowd when Andrew el Merj crossed in the opening minute following a repeat set, but UOB overcame their early hesitancy to post three tries to lead 16-4 at the break.

A second, 80-metre try by winger El Merj, goaled by James Hahhad, put the Beirutis only a converted try away from taking the match into extra time before Aslan’s one point sealed the win.

“It was an amazing atmosphere and a terrific game,” said LRLF CEO Remond Safi. “It’s been a busy year for the LRLF with 74 championship games played across all levels. We now turn our attention to the international fixtures lined this year in preparation for the 2017 World Cup, starting with the 8 May clash against the Cook Islands in Sydney, for which training has commenced.”