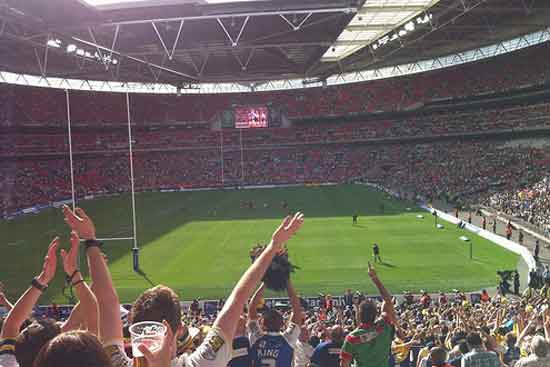 However, the World Club Challenge is, in some ways, completely unique and is just one of the things that stands rugby league out from the crowd. Australia’s top three clubs compete against England’s top three clubs in a mini-series with the current champions competing in the decider. This year, Leeds Rhinos will face North Queensland Cowboys and hundreds of thousands of fans are set to tune into the contest from all around the world.

Many lucky fans will also be in attendance and it’s hard to imagine just how explosive the atmosphere will be. You simply cannot beat the thrill of a live rugby league match. While online casino games such as Pokies.com’s Rugby Star can provide a similar live experience, a real-life encounter just cannot be matched for excitement, nerves and anticipation. At a major encounter, such as the World Club Challenge games, the atmosphere will be enhanced due to the high stakes and implications – just like online casino games when placing higher wagers. After all, Leeds, Wigan and St Helens won’t just be representing themselves, they will be representing Super League and English rugby league fans will get behind these three sides.

Rugby League is one of the most unforgiving and testing sports in the world, which is another reason why it appeals to a broad audience. There is no need for padding in this sport as some of the biggest and best athletes put their bodies on the line and go head-to-head in gruelling conditions. While Super League is now played through the British summer, it can get extremely cold and the unpredictable British weather can affect games, more so in the early stages of the campaign. Just check out the conditions in Wigan Warriors’ opening weekend clash with Catalans Dragons.

Football fans will tell you that football is the best, rugby union fans will tell you that union is the best but we all know the truth: rugby league is the best. Whether you’re an NRL aficionado or a Super League supporter, you simply cannot imagine life without your weekly fix of tremendous tries, high drama and tough tackling. If nothing else, rugby league is gripping and addictive – no matter who is playing – and THAT is why it must rank as the best sport on the planet.