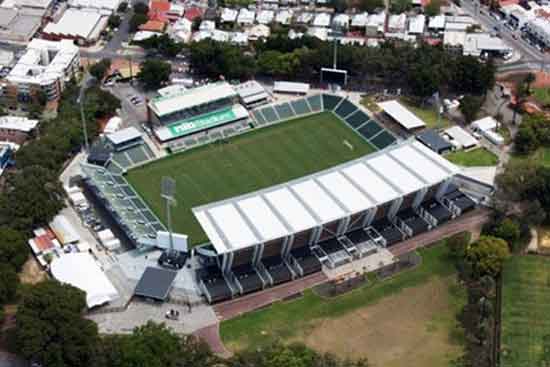 Perth will host its first ever Rugby League international in 2016 – a clash between Australia and New Zealand on October 15.

The nib Stadium Test match will be staged prior to the 2016 Four Nations Tournament in the UK and will be an important lead-in match for both teams.

In a significant year for Rugby League in Perth, the city will also host two NRL Telstra Premiership matches – the Round 13 match between South Sydney and Gold Coast Titans and the Round 19 match between Manly and the Warriors.

NRL Head of Football Todd Greenberg said Perth was a fitting venue for the October Test for a number of reasons.

“We have seen some wonderful crowds in Perth in recent seasons and the city will again host two of our Premiership matches in 2016,” Mr Greenberg said.

“So it stands to reason that Perth should also host the best that international rugby league can offer.

“It is clear that Perth has embraced our club games in recent years and we will see another two important Premiership matches in the city this year.

“The support that the game has received is a key reason we have decided to stage a Test match in Perth.”

The October Test match will be supported by the WA State Government through Tourism WA and VenuesWest.

Sports Minister Mia Davies said the rivalry between the Australian and New Zealand teams is at an all-time high.

“West Australians have proven they have a strong appetite for Rugby League and the recent $95 million refurbishment of nib Stadium has delivered a venue that provides a world class sporting experience and enhances Perth’s reputation as a destination of choice for sporting excellence,” Minister Davies said.

Tickets for the Souths-Gold Coast and Manly-Warriors matches will go on sale at 9am WST on Thursday, February 4 through Ticketmaster.

Home and Away Club members will have access to early tickets from 9am on Tuesday, February 2.

Special Premiership-Test packages will be available. With tickets for Australia v New Zealand going on sale later this year, the special packages represent an early opportunity to secure premium seating for the Test match.

Supporters can join a waitlist for next week’s ticket release tickets via ticketmaster.com.au.