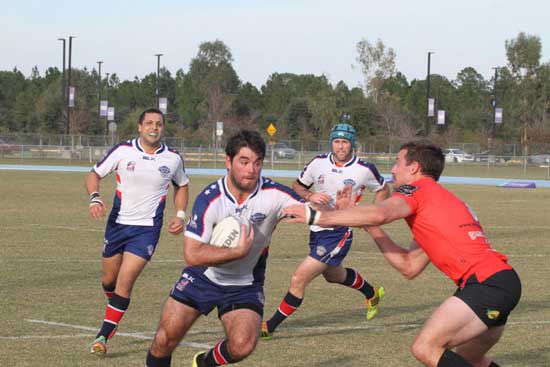 The three national teams from the Americas can look forward to more international exposure going forward as part of the strategic plan to expand the game globally announced by Rugby League’s international governing body.

The Rugby League International Federation (RLIF) is drafting plans to increase the number of Test matches offered to the United States, Canada and Jamaica, along with developing nations in other parts of the world, most notably in Europe and Africa.

From the Americas’ standpoint, RLIF chairman Nigel Wood says one of the keys to growing the sport internationally is to ensure that all three countries get more games.

“It’s crucial that they have the right combination of fixtures that test them and to make sure they make the right progress so they can hit the ground running,” said Wood.

“It’s important that the national sides get to play Rugby League football.”

Wood goes on to say that in order for the game to prosper, all countries that play Rugby League need a properly structured regular program, which is why the RLIF is working on a new international calendar of matches.

He says that’s not only the case for top nations such as Australia, New Zealand and England, but for everyone and it could also include the involvement of developing nations in Rugby League Nines tournaments.

“We are looking to plan for a regular international calendar to support that effort,” added Wood.

He says so-called G20 nations like the USA and Canada are ideally placed to take advantage of the RLIF’s strategic plan.

To that end, Wood says the RLIF is creating a second global tournament every four years to complement the World Cup.

“It’s important that both of those (tournaments) are financially strong so that they would generate the revenues that are then available to help the emerging and fledgling nations,” continued Wood.

“It’s interesting that in Rugby Union they generated a profit of a million Pounds (US$1.45 million) in their first World Cup in 1987 and now seven cycles later it’s a quarter of a billion, so the precedent is there.

“If we can put the regular calendar together and get the right broadcasting deals, the revenues available to support the USA, Canada and international Rugby League in general should be a lot stronger.”

Wood says the RLIF is putting together a group of experts from around the world to make sure that Rugby League fans in places like North America will have the opportunity to watch more games on TV, including World Cup matches in 2017.

He says the key is to get NRL and English Super League matches broadcast as widely as possible on a regular basis.