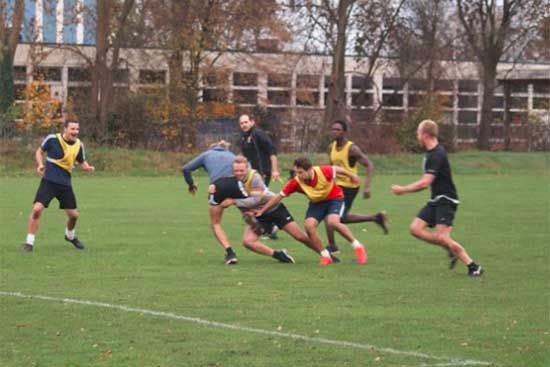 Over 40 people turned up for the first training session at the latest rugby league club to be set up in the Netherlands.

“We were happily surprised by the turnout where we saw a lot of talent and fanaticism,” said van der Zouwen. “The training session lasted almost two hours and then, to finish off, we played a friendly 30 minute game.

“That’s a significant amount of time for an intensive sport like rugby league but everyone stayed until the end and were all still focused and enthusiastic. We thought it was a great success and from the feedback we received afterwards, so did those who came along!”

More follow up training sessions are now being planned for the 2016 season.