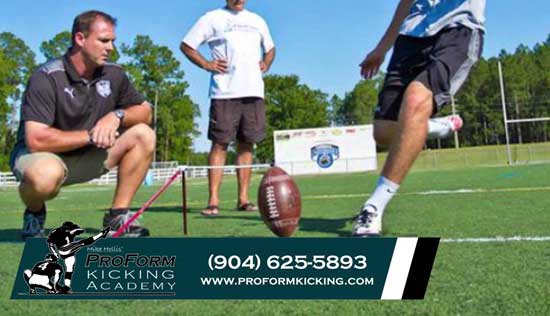 Mike Hollis, former Jacksonville Jaguar and 9 Year NFL Player, will give a kicking Demonstration at Halftime during the Firehouse Subs Rugby League World Cup Qualifier Game in Jacksonville this Saturday.

Mike Hollis began his kicking career back in 1985 serving as the kicker on his junior high school football team and continuing throughout high school, college and eventually the NFL. After high school, Mike Hollis chose to play at the community college level and eventually walked on at the University of Idaho (Division 1-AA). He began his professional career in 1994 with the San Diego Chargers, and retired in 2003, spending 7 years with the Jacksonville Jaguars, 1 year with the Buffalo Bills, and 1 year with the New York Giants. During that time Mike Hollis:

“To have someone of Mike’s status not only as a former NFL Player, but also as a very well known and respected member of the Jacksonville community, is an exciting item to add to our event,” said USA Rugby League officials. “It is no secret that Rugby League and American Football have a number of similarities in game play, so for Mike to attend this event is a boost for the growth of our game in the USA Sporting Landscape.”

Mike will be on hand to sign autographs, take fan photos, and of course do the halftime kicking demonstration.

Since retiring from the NFL, Mike has focused on his PROFORM KICKING ACADEMY, that gives expert instruction, and opportunity introductions, to all potential high performance kickers. And this is not only for American Football, but for all athletes who are required to kick a ball. Jacksonville Axemen and USA National Team player, BRENT SHORTEN spent time with Mike Hollis to perfect his Goal Kicking.

We encourage everyone to look at the testimonials at PROFORM KICKING here.