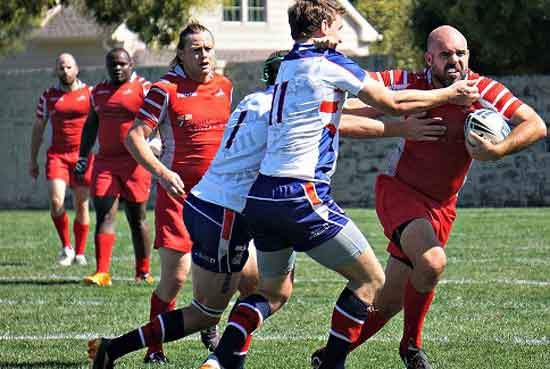 Nine domestic clubs are represented in the final 20-man squad named by USARL for their two Firehouse Subs World Cup Qualifiers – Americas, against Jamaica and Canada in Florida in early December.

Philadelphia Eagles lead the way with five selections, while seven heritage players are also included, five of whom played in the 2013 World Cup – including the Howard brothers Danny and Steve – and two newcomers, Taylor Howden and Sam Carson.

All of the non-domestic based players have been willing to finance their own travel to the States.

Influential half back Rich Henson has also recovered from injury suffered in the first game of the Colonial Cup against Canada.

The Hawks will also come under the tutelage of Leeds Rhinos head coach Brian McDermott for the first time, who is set to arrive in the country next week.

“We will need to step up again if we are going to qualify for our second consecutive RLWC,” said USARL chairman Peter Illfield. “Brian will no doubt raise the bar and provide a far more consistent and intense preparation.”

McDermott noted: “The task of qualifying for a World Cup isn’t something that comes around too often and it’s that challenge that draws me to the role. I have passed on ideas about how we might play and between Peter and the USARL management there’s been a significant amount of preparation gone on already.”