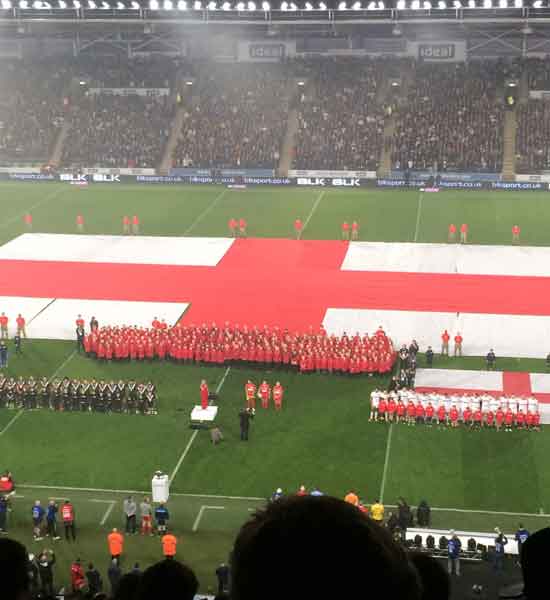 If you’re a rugby league fan and haven’t been living under a rock over the last few weeks you would have heard that England recently broke an eight year drought with a Test Series win over New Zealand. The Series was a great advertisement for English Rugby League when the Old Dart’s other rugby national sporting team preforming pretty ordinary in 2015.

The Test Series went from Hull to London and back up North with Wigan holding the deciding match of the series. The games in the North were played in front of packed houses with the game in London attracting over 44,000 fans at the Olympic Stadium which was a huge achievement for rugby league which sometimes goes unnoticed down south.

Now that the English Rugby League team have the monkey off their backs can they do one better and take out the 2016 Rugby League Four Nations?

Yes, no, Maybe? If they can stay composed and not let the 2015 series win get to their heads they are definatley in with a chance. But like any team on the edge of greatness there will be a few things that England need to do and also take advantage of.

First of all there has been talk that Steve McNamara is currently having a review with some saying it’s time for him to go. Are these people serious? England just won their first rugby league Test series in 8 years. Why on Earth would you give McNamara the flick now? Hopefully common sense will prevail and Steve will take the English team into the 2016 Rugby League Four Nations. If there is anything the England Rugby League team need right now is stability at the top.

The next two people England need are a fit Sam Burgess and Sam Tomkins full stop! England will lift another level with these two in their team and that is exactly what they will require when they come up against an Australian team looking to take back the number one World Ranking  and a New Zealand team looking for revenge.

If playing at home isn’t an advantage I don’t know what is. The 2016 4 Nations will be played in the UK with England’s home games and the Final to be held on English soil. English fans are a passionate bunch and there is nothing like seeing and hearing a packed house of English rugby league fans singing songs only English rugby League fans can understand. The RFL needs to aim higher this time and move some of the fixtures to bigger stadiums in England’s North and stick with the game at London’s Olympic Stadium.

Last but not least the England National team need to get over the “we can’t beat Australia” syndrome that has been plaguing England Rugby League teams for many years. Yes they have managed the odd win but that’s not good enough when playing in a series. What the England team needs to do is turn on the hate tap 5 minutes to playing the Kangaroos. England need to run out against Australia and unleash a whole lotta hurt. In the past England have looked soft and have thrown in the towel when the going got a little tough in the last 20 minutes of a match. They just can’t do that anymore.

Even if England converted to the Dark Side of the Force for 80 minutes and turned on the hate. Yes I know we are not talking about Star Wars but wouldn’t it be great if England did win the tournament. Just think of the much needed national exposure rugby league world receive in England. The exposure would surley assist with rugby league taking on the Empire…also known as English Rugby.