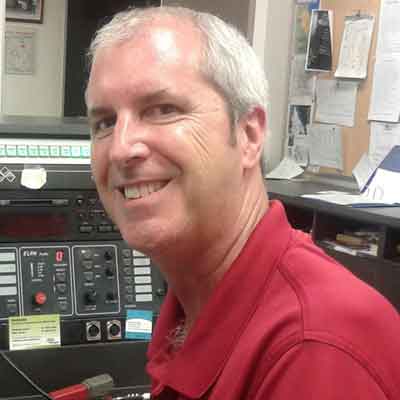 The Americas Region Qualifying series for the 2017 Rugby League World Cup is scheduled to be played in early December in Florida.

The USA, Canada and Jamaica will go head-to-head in Jacksonville and DeLand from December 4-12 with the winner advancing to the big dance in Australia, New Zealand and Papua New Guinea.

The 2015 version of the Qualifiers will take on a whole new look from the previous incarnation in 2011 with the Rugby League International Federation (RLIF) giving the series a major tweak.

The US won the whole enchilada last time around to qualify for the 2013 RLWC, but things were vastly different back then.

For starters, the RLIF designated it as the Atlantic Zone Qualifying series. Second, the participants included the then USA Tomahawks, relative newcomers Jamaica and a just emerging South Africa. Third, most pundits weren’t expecting much from whichever team went through so the hyperbole normally associated with big deal tournaments such as this was kept to a minimum. Actually, it was virtually non-existent.

This time, though, maybe not so much.

The much improved Canadian Wolverines have been making some noise while racking up the Ws, the American national team has had a name change and its managerial structure and player selection process have undergone a complete overhaul in the last year or so, while the Jamaican Reggae Warriors are still plugging away trying to make some inroads in a place where cricket is king.

So what should we make of the upcoming Americas RLWCQ? At first glance, and based on recent results, the Canadians should probably go in as favorites, if for no other reason than they have their opponents’ number.

The Wolverines are on a four-game win streak dating back to July 2014 when they beat Jamaica in Toronto. They also posted back-to-back victories against the USA on the road earlier this season, something that they had never done before, to retain the Colonial Cup and they are likely to have an even stronger team in Florida with the return of some key players who were missing from that campaign.

Canada has some other pluses in its back pocket to consider. They have won three straight against the US, including the two in Philadelphia this season, and will be coached by Aaron Zimmerle, a native Canadian who coaches in the Intrust Super Cup competition in Queensland, a feeder league to the NRL in Australia, and he knows what to expect.

“Big games are not won by looking for the big play; they will be faster and more intense than anything we have played in before,” said Zimmerle. “Opportunities will be less as the quality of the opposition rises.”

There is no doubt that Canada has been steadily improving since its re-emergence in international Rugby League in 2010. Prior to that, the sport had endured a 10-year hiatus. Since 2010, the Wolverines are 4-1 against Jamaica and 5-10 against the USA.

What about the home team, what do we make of them? As reported by RugbyLeaguePlanet, the game in America has gone through some major upheaval in recent times starting in 2011 with the formation of the USA Rugby League (USARL), which broke away from the then American National Rugby League (AMNRL).

Up to that point, as the sole governing body, the AMNRL had set the direction of the game in the USA, and consequently, ran the national team, the Tomahawks. The AMNRL ceased to be after the 2013 RLWC and the USARL took over as the new national governing body in 2014.

Due to the domestic governance dispute after the last World Cup, the US is the only quarterfinalist from 2013 that wasn’t granted automatic qualification for 2017 and that is why it must go through this qualification process.

Leading up to and including the 2013 World Cup, the AMNRL opted to utilize the RLIF’s eligibility rules in regards to the Tomahawks’ squad, and as such, the majority of players on the roster were drafted from overseas competitions including the NRL, English Super League and second tier leagues in the Australian states of Queensland and New South Wales.

That strategy paid off handsomely with the Tomahawks cruising through the 2011 RLWCQ against Jamaica and South Africa to punch their ticket to the World Cup for the very first time.

Then, under the tutelage of NRL assistant coach Terry Matterson, the USA went on to post wins against France, in a RLWC warm-up match, as well as the Cook Islands and Wales in the Group stage to book a place in the quarterfinals where they were bounced by eventual champions Australia.

But that was then and this is now and how things have changed. The USARL has a totally different approach to the national team selection process.

“Our philosophy is different than the past, it is to give those loyal to playing in our domestic comp a pathway to national success, however difficult the road may be, for us all,” said USARL chairman Peter Illfield.

The new national team, the USA Hawks as they are now known, played their first two games under the new regime this past summer and were swept by Canada. The squad was made up completely of domestic players and Illfield has made it clear that their strategy won’t change for the RLWCQ in Florida, hence Canada should get the nod as pre-tournament favorites.

The homeside will be coached by Brian McDermott, who coaches Leeds Rhinos in the English Super League, and he knows full well what lies ahead.

“We’re under no illusions how tough those games will be especially as we’ll be there to be shot at and there is a terrific rivalry between the nations, which this sport thrives on,” he said.

As for Jamaica, well, the Reggae Warriors’ last win was way back in 2011 when they accounted for South Africa during the World Cup Qualifiers in Philadelphia, but it has been slim pickings since then.

They haven’t had any international games in the lead up to this Qualifying series, and as a consequence, their match fitness will be lacking, not to mention their mental focus.

“We have been addressing that with some high pressure training sessions in Kingston and the squad has been responding well,” said Jamaica head coach Romeo Monteith.

So, who is the likely winner?

The way the matches have been scheduled, the USA has the advantage of a week off between games by virtue of the fact that they are hosting the series and because technically they are the defending regional champions.

A first up loss to Jamaica, albeit unlikely, wouldn’t be the final nail in the coffin for the Hawks, but it would mean that they would have to rely on Canada to beat the Jamaicans and they would then need to knock off the Wolverines. In that scenario, each team would finish the tournament with a 1-1 record, so points differential and tries scored would come into play.

Rugby League can be a funny game though and if Coach McDermott can bring some of his Super League success to the US squad, the Hawks could throw a wrench in the spokes.

The most likely scenario, however, is for the USA to dispatch Jamaica in Game 1 and for Canada to do likewise in Game 2 to set up a winner takes all Game 3. And if things indeed pan out that way, the Canadians should be favored to clinch their first ever trip to the Rugby League World Cup.