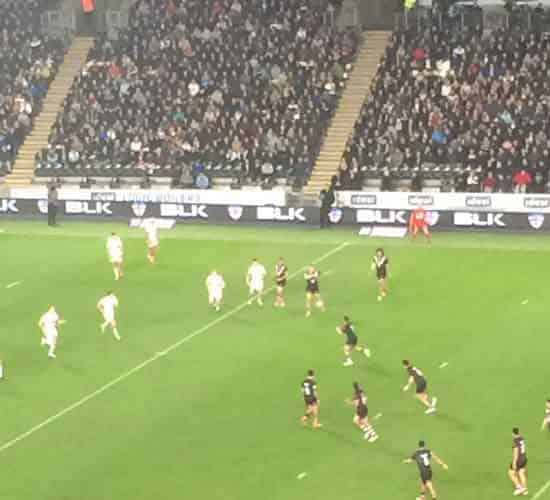 England has beaten New Zealand and drawn first blood in the opening match of the three Test series with a 26-12 victory in Hull.

A dominant second half from England, and a generous penalty count, helped seal the home team’s win at the KC Stadium. The Kiwis could not muster a point after the break after starting the game so strongly.

Tohu Harris got the first try just six minutes in, barging over after a nice offload. Ten minutes later and Sam Moa, on his return to his former home ground with Hull FC, added a second.

New Zealand was in complete control and dominant in the forwards.

Isaac Luke converted and the visitors had a 10-0 lead. England were flat in the opening stages and struggling to get into the flow of the game.

They started to get back into the match and got on the scoreboard through Josh Hodgson. Elliot Whitehead offloaded the ball close to the line, and it appeared initially to be a double knock on, but the hooker got to the ball first and the video referee awarded a try in that it came off Zak Hardaker’s knee.

A Luke penalty gave New Zealand a six-point margin and six minutes before half-time the Kiwis looked to be in again. Roger Tuivasa-Sheck dummied and put Jordan Kahu through to cross the line, but the try was chalked off for an questionable obstruction on George Williams.

England made the most of their good fortune.

Just before the break Brett Ferres tied things up with a strong run, off a flat Williams pass, and a try.

At 12-12 the Kiwis were stunned and England energized in the second half. Led by Tom Burgess, they surged in front and never looked like losing once they got the crucial score.

On 61 minutes Ferres bagged his second with a barnstorming run and the men in white had the lead. They would not surrender, lifting their defence and smothering the Kiwis.

New Zealand’s ball-handling and offloading led them astray as they looked for a response. With four minutes left, captain Sean O’Loughlin sealed the victory with a try of his own. The wigan forward shrugged off a tackle and got the ball down near the posts to finally wrap the result up.

England coach Steve McNamara said his team’s kicking game was poor in the first half but improved in the second.

“In the first half we put ourselves under a lot of pressure, we looked out of sorts,” he said.

“But we started to come back towards the back end of the half, that really set ourselves up for the second and we finished the game very strongly.

“I had to support the players’ feelings at half-time. Physically we weren’t in the game and we needed to change that. Thankfully we did. “There is lots to work on for next week, both teams can perform a lot better than that. These are tough games though, and with only a six-day turnaround, recovery is the number one priority right now.”

“We didn’t match their intensity in the second half,” he said.

“We made it hard for ourselves.

“England were marvelous tonight, and we’ve got a really tough challenge ahead of us.”

The series now moves to London, at the Olympic Stadium in a week’s time, with England in a 1-0 lead. 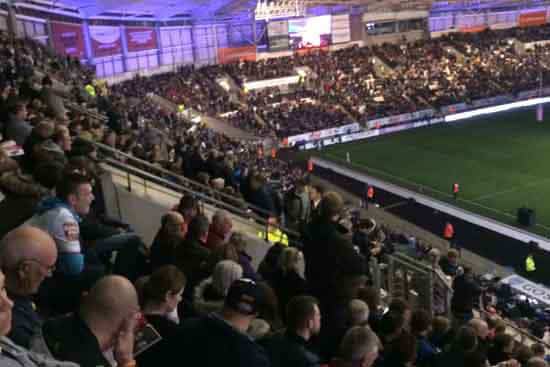