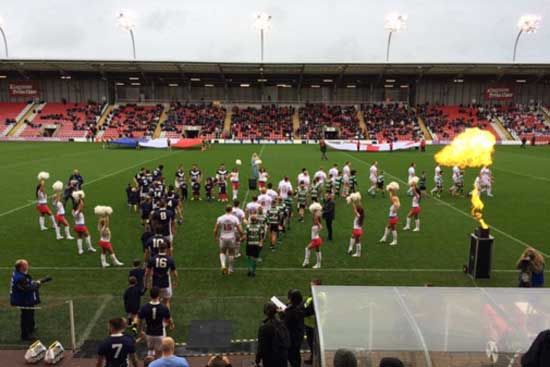 The improvement of France at International level suffered a major blow at Leigh Sports Village Stadium on Saturday afternoon with England running in 15 tries to completely smash the visitors 84 – 4. It was always going to be a long night for France after England were up 18 – 0 after 8 minutes.

It was an embarrassing performance from France who promised so much and delivered so little. To add salt to the wound England broke their previous winning margin set against France back in 1996.

The win also set a new record for the biggest Test win by England with their previous record set 15 years ago when England smashed Russia 76 – 4 at St Helens in the 2000 Rugby League World Cup.

With the next Rugby League World Cup only two years away France will need to show massive improvement if they are to even make it out of the group stages of the tournament.

The display by England fired a warning shot across the bow of the Kiwis who they meet next Sunday in Hull in the first match of their three game Test series.