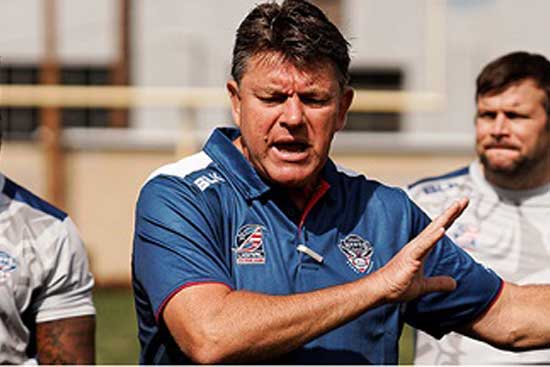 It won’t be the end of the world if they don’t win Game 2 of the Colonial Cup this weekend, but the USA Hawks are on a two-game skid and with no more matches before the Rugby League World Cup Americas Region qualifying tournament, they will be looking to build some momentum at the very least, if not win.

Archrivals Canada have a 1-0 lead in the series going into Sunday’s showdown in Philadelphia and the northerners are primed for a big one come Sunday.

The Hawks’ lineup will take on a vastly different look with up to seven changes from the Game 1 roster. A number of players that were on the original Hawks pre-select list after the three combines are either injured or unavailable. Players’ form was also considered.

“The standard of play was not effective enough for a win,” said Hawks coach Peter Illfield. “We’re looking for a winning combination in this game and to take to the RLWCQs.”

“This is a development stage for the USARL. In past RLWC Qualifiers and tournaments, USA teams have heavily relied upon heritage players from Australia etc to take up maximum numbers. This has not transferred back to the domestic scene for improved performances or increased recruitment.

“We wish to give as many players as possible the opportunity to experience national representation so they can engage locals in the dream to play for their country and raise the standard of play.”

For Sunday, the game plan won’t change, according to the coach. He says the game plan needs to be implemented. Among other things, he says they lacked quality field position, penetration on attack and effective defense in the series opener.

Illfield thinks with the changes they’ve made, they can win the game and hopefully by the necessary nine points or more. A margin of eight points or less will see Canada retain the Cup.

So just how important is a win Sunday from the USA’s standpoint?

“Put in perspective, every win is important, and this win is very important,” added Illfield. “It’s part of the mechanism to improve. We need to improve to be competitive for RLWCQs.”

Other than overall improvement, there is one main thing the US is looking for in Sunday’s game.

“To carry out our game strategy effectively and efficiently,” concluded Illfield.

Game 2 is set down for a 3pm ET kickoff at A.A. Garthwaite Stadium in Conshohocken, PA.