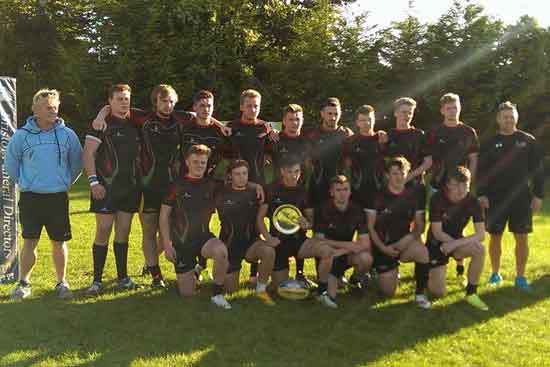 Student Rugby League in Wales is expanding in 2015-16 with two further education establishments taking up the sport.

Meanwhile, Cardiff Metropolitan University are back after a two year absence from the Student Rugby League ranks.

The two new sides will face each other on the field at Cardiff Met’s Cyncoed campus next Wednesday 7th October (kick-off 2pm).

Rugby League will be taught full-time in the Coleg y Cymoedd and it will be a valuable pathway from the Wales under 16 side up to South Wales Scorpions, who are based in Mountain Ash.

Mark Jones, who has worked at National Development Manager at Wales Rugby League since 2009, has as a result, transferred over to the college to teach the sport.

Jones will be helped in his role by South Wales Scorpions players who will assist in coaching, with their team captain Paul Emanuelli having already taken sessions.

Jones said: “We are delighted that Coleg Y Cymoedd is now officially an Accredited RFL Category 3 Academy. This is a result of a year’s worth of hard work by a number of people to get this established.

“The Academy will be a valuable link to anyone who wants to continue in Rugby League on a part or full-time basis be it with South Wales Scorpions, our community clubs and we hope those who are outstanding will be picked up by Super League clubs and play for Wales.

“We are still recruiting for this year for our Rugby League BTEC level 3 and are looking for any players aged 16 to 19 years old.”

The Academy had its first run out on Wednesday 30th September when they competed in a South West based Nines tournament, eventually winning the Plate Final, beating the more experienced Swansea and Bath Universities on the way.

Jones adds: “The boys were superb against senior players and played with great shape. It was an excellent start to the season. We can’t wait to take on Cardiff Met next week.”

Potential players can apply for the academy online at www.cymoedd.ac.uk/courses/all-courses.aspx.

Cardiff Metropolitan University (CMU) are pleased to announce the appointment of Andy Lindley, the former Celtic Crusaders Head of Youth Performance and current staff member of Leeds Rhinos, as their new Director of Rugby League.

Lindley’s appointment is an important signal of intent from CMU. Formerly known as UWIC and before that Cardiff / South Glamorgan Institute of Higher Education, they have an excellent pedigree historically in uncovering and developing talented players and have previously been student champions of the UK.

He has a proven track record in establishing Welsh talent, discovering and developing future Super League players like Lloyd White and Gil Dudson in his time, something that hasn`t gone unnoticed at the Rhinos as the club supports Lindley taking up this role.

Lindley said: “I’ve witnessed the absence of CMU from Rugby League and the impact of that on the player pathway in Wales. It simply had to be rectified.

“Now is a great time to get involved in Welsh University Rugby League as the 2017 Student World Cup in Australia is a wonderful opportunity to aspire to. Starting on that journey this year is ideal as we can have two good seasons working towards this goal.

“I’d urge any student at Cardiff Metropolitan University to give Rugby League a go. It doesn`t matter if you`ve never played before or if you feel your current sport isn`t working for you, come along and get involved. One thing I can assure you of is that if you show the right spirit, I’ll make sure it’s rewarded and it’ll be enjoyable.”

Further details on training times and news are on: