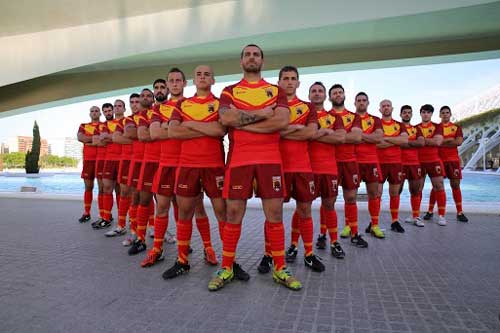 Rugby League’s European Championship C kicks off this Saturday (26th September) with Spain, who defeated Latvia in a pre-qualifier, hosting Malta at the at Polideportivo Cuatre Carreres Stadium, Valencia (kick off 6pm).

It will be the first time the nations have met.

With Greece the third nation in the tournament, the eventual winner will join seeds Wales and Ireland along with Russia, Italy and Serbia in the 2016 European Qualifiers for the 2017 World Cup.

Spain coach Darren Fisher can feel the growing excitement within his squad as they get ready to host the Maltese.

“Preparations have gone really well these last couple of weeks and we’ve also seen a higher number of quality players in the squad that all deserve a shirt,” he said.

“That shows me how much rugby league is growing and developing in Spain. The meaning attached to hosting our first World Cup qualifier will have a dramatic effect for us, our supporters and raising the level of development of the game here too.”

The Spaniards prepared by beating Italy ‘B’ 36-24 last weekend in Alicante and ten different clubs are represented in his 20-man squad.

Malta interim player/coach Chris Parker feels that his side has gelled over the summer.

“We’re looking forward to playing another new nation. We had a great warm up against Ireland two weeks ago and need to set that as the standard we play,” he commented.

“We know Spain are coming off the back of an impressive win against the Italians and will be confident going into the game. We’re expecting a fast pace and a high skill level.

“For us, our forwards are going to have to stand up if we are to get anything out of the game.”