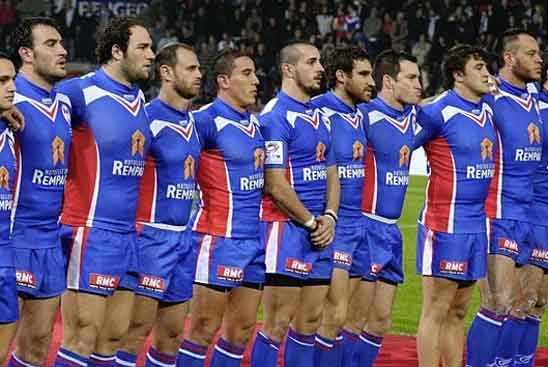 France team manager Gilles Dumas has stressed the importance of the 2015 European Championships as a stepping stone to performing well in the 2017 World Cup.

As quarter-finalists in the last global tournament in 2013, when Les Tricolors successfully hosted group games, the French are automatic seeds for the next one in Australia, New Zealand and Papua New Guinea.

But in the 2014 Euros, despite beating eventual winners Scotland, they missed out on the crown, which cost them a place in next year’s Four Nations tournament.

That opportunity lost, according to Dumas, means that they can leave no stone unturned for this season’s European Championship which kick off next month against Ireland in Albi.

“Coach Richard Agar will select his 22-man squad next week and we will go into a three-day camp straight after the Super League season finishes,” he said.

“Our state of mind is already very good among the staff with Richard, James Webster and Olivier Janzac working together for several years. Adam Ines has also been made part of the team, his knowledge of the French Championship is a real strength.

“We all have the same project which is to perform well at the World Cup in 2017. The European Championship lets us see some different players and prepare as a group. The objective in the short term is to win that competition.”

Former international half-back Dumas continued: “There are some quality young players coming through that offers promise for the future and there is a real desire among the whole group to show pride in the national shirt.

“We also want to maintain our European ranking of second, behind England.”