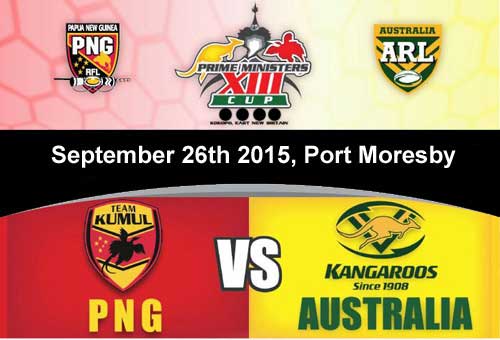 He said TVWAN has undertaken some bold steps to grow the game of rugby league in Papua New Guinea with the latest significant move being introduced an all-RUGBY channel.

“When that happens it gives our game a lot of airtime and helping them with content that is nationally generated is quite beneficial for both parties and which we view as a crucial partnership,” Tsaka said.

“This is a commercial partnership and the good thing about this is that we do not need to pay for airtime which used to be the case in the past.”

Tsaka said that in the past rugby league in PNG had to pay television stations to carry their games and it was taxing “on our budget to bring high class games to this country” to expose these games.

“We cannot continue to outlay the costs of televising our games in PNG.”

“In other countries television stations pay to get television rights and that is the practice we want to adopt and develop in this country.”

“Rugby League is no longer just a sport, it needs to be managed as a commercial brand and product to ensure sustainability and long term commercial viability.”

Tsaka said that the opportunity to televise the games was open to the other TV stations in PNG.

“We have been in negotiations with all three TV stations and we decided to go with TVWAN because they saw value in the product (of rugby league).

“They (TVWAN) came up with an offer that had commercial value to us as well.”

Ralph Siebenaler, the CEO of TVWAN and Digicel Play adds: “Digicel has actively supported local PNG rugby for many years through sponsorships. Since we launched the TVWAN brand at the end of 2014, we have pursued a strategy of delivering local content on a daily basis for the Papua New Guineans, both in terms of news & current affairs as well as in terms of popular sports. We look forward to producing the matches and delivering them in digital quality throughout the entire country.”