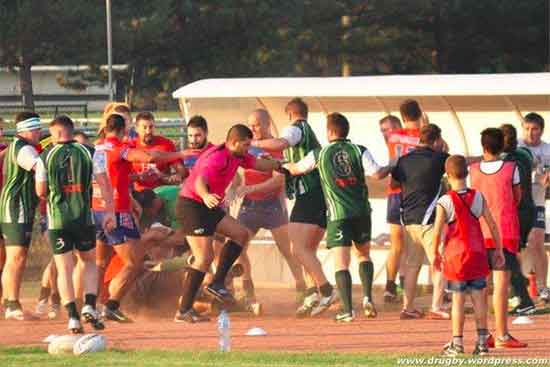 Former Serbia national team coach Marko Janković has been handed a sine die suspension by the RLEF Disciplinary Committee after being found guilty of misconduct for a breach of Law 15.1(i) – behaviour contrary to the true spirit of the game – for an incident during Serbia’s match against Ireland in Belgrade on 29 August 2015.

In accordance with the RLEF operational rules he has until Tuesday afternoon to decide whether to appeal the decision.

The Disciplinary Committee has also charged Serbian player Zarko Kovacevic for two breaches of law 15.1(a) – kicking to the head and sustained punching – for his part in a brawl during the same match.