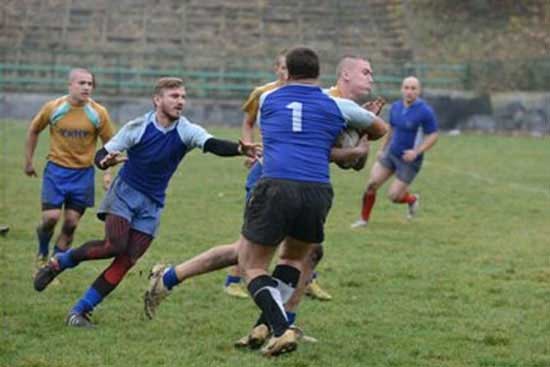 In a first for youth rugby league in Eastern Europe, Ukraine and Serbia will play a two-match U18 series in Uzhgorod, western Ukraine on Friday 31 July (kick off 18.00) and Sunday 2 August (kick off midday).

“It`s a good chance for our U18 team to receive its first experience at international level,” said UFRL president Artur Martyrosyan. “We hope it will be a good basis for our future senior national team.”

Ukraine’s domestic league has been hit hard by the continuing political crisis, especially following new legislation on military service and travel restrictions, both within the country and abroad. Two of their first division clubs, Simferopol in Crimea, which cannot fulfil fixtures due to the travel limitations, and Ivano-Frankivsk in the west, who has lost a large number of players to the army, had to pull out of the 2015 season, while junior sport is suffering as parents are increasingly reluctant to send their children to organised sports, which may become targets for draft laws.

Despite these obstacles, UFRL has still managed to run an U18 competition, won by Korzo RLFC of Uzhgorod. The team’s coach, Viktor Melnichuk, is rewarded with the reins of the first ever Ukrainian youth national side and said, “For Ukrainian rugby league this a very important step. Being able to give our young players opportunity for international participation will benefit them and boost participation numbers.”

Serbia U18s held trials in Belgrade last week, head coach Admir Hadžić selecting his 20-man squad from five clubs, with half of the number from Serbian champions Partizan Belgrade. The games in Ukraine follow on from victory against Bosnia-Herzegovina XIII U18s 36-6 in Vitez in late April, and will culminate the busiest year for junior representative rugby league in the country since 2008.

Hadžić noted, “The atmosphere is very good in the squad and we are optimistic. Ukraine will be as physical as all their other teams, so I expect two fierce contests and we will see if our preparation has paid off.”