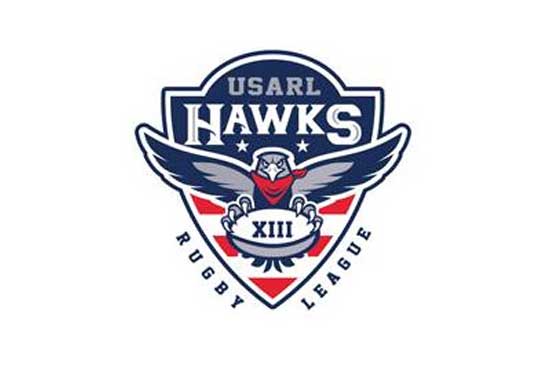 After six weeks of USARL competition, the growing strength of the domestic game in the USA has been illustrated in the initial 35-man Hawks train-on squad, named to face Canada for a two game series in September and October.

There are 28 newcomers to the representative arena in a group that encompasses all 14 teams; 2014 Premiers Atlanta Rhinos with the most selections, providing a fifth of the total.

The USARL held a selection camp in DeLand, Florida, with two more to follow – in the North East and Mid-Atlantic regions – allowing other players to force their way into consideration before the squad is trimmed to 21 players.

USARL chairman Peter Illfield, who has assumed the coaching role in preparation for Leeds Rhinos supremo Brian McDermott to take over for the World Cup Qualifiers against Jamaica and Canada later in the year, is excited by the new talent coming through.

“I have been surprised with the quality of the players,” he said. “Watch out for the younger guys coming through like Terrance Williams, Roman Lowery, David Aguilar, Shaun Chowdhury and Urban Iyo.”

“The pre-selection gives recognition to those who stand out and to provides motivation for others to compete for positions. Specific strength and conditioning programs will be provided to the squad to better prepare them for the rigorous schedule ahead. Skill camps will be scheduled prior to the USARL National Championship Final on August 29 and leading up to our international commitments.” Illfield added.