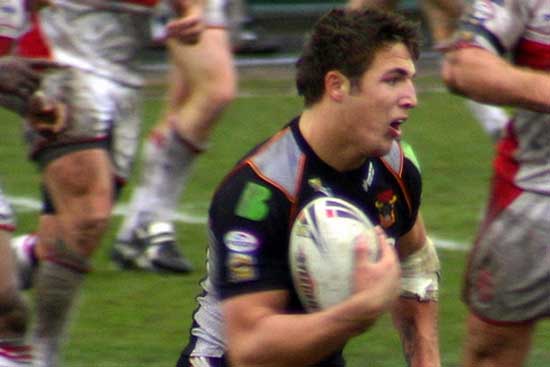 For one Rugby Union player, however, the opportunity to star in the Rugby Union World Cup is not one that can be missed, and no one knows this better than Sam Burgess. The 26-year-old, known affectionately in some circles as “Slammin’ Sam,” made the controversial switch from Rugby League to Rugby Union back in October 2014, sending waves across the close knit community, many of whom criticised his decision.

Burgess grew up in West Yorkshire, and now finds himself dining with Her Majesty the Queen in the lead up to the 2015 World Cup. It’s quite a way to come from his humble days playing for the NRL All Stars and the Bradford Bulls, but he can now rest assured he has made the right decision as he makes his way into representing his country this year.

In December 2014, after being delayed from signing a contract as a result of cheek and eye socket injuries, Burgess signed for Bath Rugby. From there he would go on to be signed by Stuart Lancaster, and now, England are second favourites with Coral to win the 2015 bout outright, with odds of 7/2. It’s a lot to take in for a man who started out in the small area of Liversedge.

Speaking about his recent visit to meet Her Majesty the Queen, he said: “Yeah, I probably won’t be telling too many people back home about this. Just driving in here was an experience. It’s nothing like where I grew up.”

Burgess should get used to this champagne lifestyle, as well as being admired by thousands of rugby fans on his home ground. His upcoming tour will see him playing in some of Britain’s biggest stadiums, including Leeds’ Elland Road, Manchester City Stadium, London’s Olympic Stadium and the Millennium Stadium in Cardiff.

It’s going to be a bumpy ride, but for a man who has played on two sides of the world, it’s a challenge that, without a doubt, Burgess will relish.