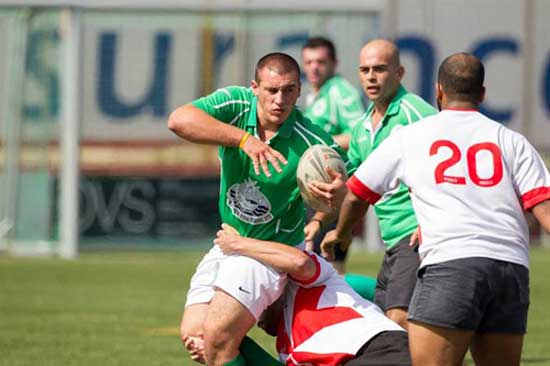 “The thirst for knowledge by the Maltese future match officials was matched only by the enthusiasm shown from the Maltese and Greek tutors,” said Stockman, a former Super League touch judge.

Three of the newly qualified referees are also players with the national squad, while Ernestas Jankauskas is completely new to the sport.

Malta-based referee Aleksandar Markovic commented, “For the growing number of domestic matches in Malta, it was important we could establish a pool of eligible match officials.”

“Further match official opportunities will be presented, firstly with a course in Gozo later this summer and another back in Malta later this year.”

Malta has a domestic championship as well as a Cup competition along with the annual Super Cup between the previous season’s league and cup winners.

Stilianos added, “The young men who qualified already seemed to have a good grasp of the laws of the game. They were quick to take the new information on board and demonstrated they could apply all they had learned in match scenarios.”

Maltese match officials will also head to England next winter with the aim of testing their abilities in different conditions and by controlling fixtures involving teams of varying levels.