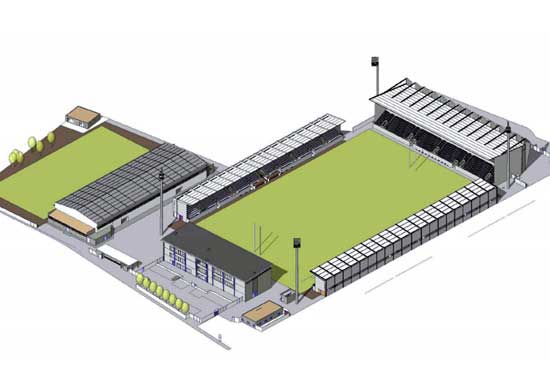 It has been widely rumoured that Toulouse Olympique XIII will be permitted to enter League 1.

League 1, the 3rd and lowest tier of professional Rugby League in Britain has become steadily populated with burgeoning expansion clubs, such as Coventry who entered this year. These clubs are doing an admirable job with the resources they are afforded, but to require Toulouse to enter amongst this mix is plain cinglé – which is French for Bonkers.

The RFL stated in 2012, that the ‘introduction of a second French team… would be reliant on (Toulouse Olympique) delivering a financially robust business plan’.

However, according to Cédric Garcia the CEO of Toulouse Olympique XIII they already have one – and the RFL are already aware.

Speaking last week to Rugby League Planet, Mr Garcia asserted that “The RFL has closely studied the finance of the Club during its 3 years in the Co-operative Championship (2009-2011). They know that the TO XIII has a sound management and a strong business network (the ‘Table Ovale’)”.

Why is it then that the boss of the RFL, and indeed the Rugby League galaxy, Mr Nigel Wood in March 2015 laboured the point that “Toulouse do want to come in… but in essence it’s dependent on a viable business plan”?

The repetition is painful.

Some would argue that the RFL is right to be cautious, expansion after all is a risky business. In over a century of Rugby League, all Super League expansion attempts in Britain have failed to endure in the top flight.

To the north, Gateshead merged with Hull before reemerging as a Rugby Union owned entity in League 1. To the west, Celtic Crusaders went broke and fled from Bridgend to new digs 30 miles south of Widnes. And to the south, poor old London Broncos are situated in a city where 8 million people still doesn’t seem quite large enough. As it stands, the youngest British club in Super League is Castleford (who entered in 1926) – all other clubs are from the Victorian Era.

To the east however, Catalans Dragons are unequivocally the beautiful exception, where Super League’s expansion efforts in 2006 have been rewarded with a thriving franchise in the south of France – not Britain. And this is my point, whether it be selling out each venue for the World Cup or luring and creating marquee players – those on the east of the channel are proving to be just as capable and sometimes more so than those on the chalky side.

The new capacity will be close to 10,000 with standing stalls, and although the TO’s current average attendance is 2,500, the Toulousains are confident the figures will lift with higher competition. Mr Garcia continues, ‘The attendance will depend on the competition. For instance, the Catalans Dragons game in Toulouse in 2013 (against Hull KR) attracted a crowd of 15,000 to the Stade Ernest Wallon. As Toulouse is the 4th French City (1M inhabitants in Toulouse area), we can aim to fill our stadium quite fast in Super League’. The stadium is due to be complete in 2017. 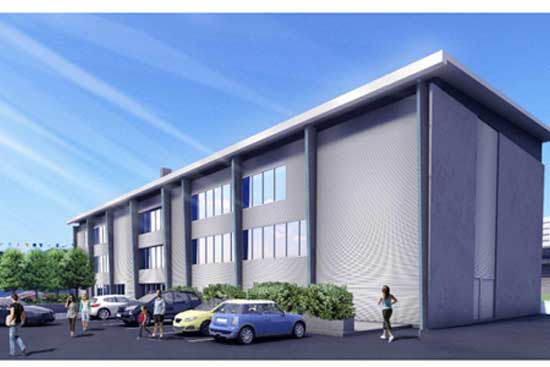 To expect high crowds when in Super League is a straightforward ambition, however getting to the top is no longer a matter of automatic inclusion as it were for Catalans Dragons. Under the new system of promotion and relegation, Nigel Wood has already stated that he “can’t imagine the circumstances where (Toulouse) would come into the top 12 immediately at all”. Therefore it has become implied that the TO would have to commence their Super League campaign from the lowest tier of League 1.

Resigned to this fate, even Mr Garcia admits that although their level of entry has not yet been confirmed, the logical outcome may be League 1, as “It would be more fair to the other English Clubs”.

Fair as it may be to English and Welsh Clubs, it may also be beyond their means. Adrian Smith, the Managing Director for Oxford Rugby League spoke recently to Rugby League Planet, and shed some light into the toils of geography for a development club in the deep south of League 1.

“Travel is a hurdle for two reasons, one the cost of it and two how the long distance games affect players that are semi professional and more often than not work the day before a game. It’s not ideal prep for a game to travel 5-6 hours and play. Therefore you would want to travel the day before and stay overnight. Again costs come into the equation and I would also add that the long distance games have an impact on the backroom staff too as most of these guys are volunteers and in our case students gaining experience”.

Asked what some of the players might think of travelling to France, and Mr Smith thought the “players would be excited to play… a different challenge and experience. Player focus is on the game and improving and I’m sure they would view French opposition as a new and intriguing challenge”.

However, the simple fact of the matter is that whilst the annual turnover of Toulouse Olympique XIII is a reported to be 2 Million Euros, the central payments from the RFL to League 1 clubs have continued at the 2012 rate of £75,000 per season, even as the amount of clubs this year has increased from 9 to 14 teams which has greatly increased fixtures and thereby costs. As it stands, Oxford are at least one club who are admittedly unable to facilitate a trip to Toulouse.

This is why it must be at Championship level for TO XIII, or none at all. Only via the Championship would Toulouse be within striking distance of establishing a derby with Catalans Dragons – a likely prerequisite for signing any further TV deals and securing new revenue. BeIN Sports, who currently show each Catalans Dragons game live have ‘expressed their will to have 2 French teams in Super League, in order to broadcast a home game every weekend and some derbies too’ according to the Toulousain leadership.

“As a club we are in favour of a French team entering the league as we are great expansionists and are very keen to assist the French game to develop”, declares Rob Webber, CEO of Gloucestershire University All Golds. Such a willingness to assist others is normally reserved for clubs with the luxuries to do so. Oxford, South Wales, Coventry, Hemel, Gloucestershire and London Skolars are doing the sport proud and working hard. However, burdening them with the responsibility of developing France as well as securing a namesake in their own communities is too much, and without special RFL assistance may tilt the fragile balance.

It’s true, Toulouse do need a feasible and robust business plan – but so to do the RFL, and the Championship needs to be part of it.