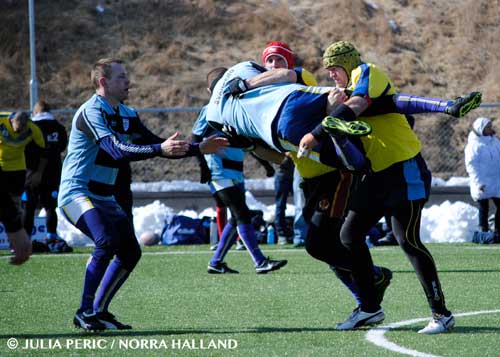 The new NRLD has now been granted Observer status with the RLEF, having been set up in accordance with the updated Rugby League International Federation member policy, adopted in October.

The switch of membership does not signal a completely new beginning with a thread connecting the old and new remaining intact through the veteran German rugby league enthusiasts, who were instrumental in setting up the new association.

Bob Doughton, who has lived in Germany for 25 years, is the new president, while German rugby league founder Simon Cooper, a German national born in Halifax, is his vice-president. Florian Schulz and Mawuli Amefia, both of whom have been involved with the sport in Germany since 2011, complete the four-strong management Board.

“An extraordinary amount of work has been done by a group of dedicated rugby league stalwarts to set up a completely new NGB in-line with the RLEF guidelines on good governance,” said Doughton, a former Great Britain Student international who also played for Toulouse and Bordeaux.

“We have a new constitution, a new strategic plan and a brand new website will soon be online. We have qualified coach and match official educators, we are developing a progressive ‘Player Pathway Programme’ and are bursting with new ideas.”

Doughton continued, “Our challenge now is to build a sustainable rugby league community on the foundations we have worked so tirelessly to create; one that will provide all of our members with the quality rugby league experience they deserve, whatever level or activity they participate in. We want Germany to take its place at the forefront of the development of rugby league in Europe.”

NRLD is in the process of setting up four clubs who will play a series of 9s competitions in 2015 before moving to a 13-a-side club competition in 2016. Doughton set up the North-Rhine Westphalia Broncos in 2012, with other clubs being created in Baden-Wurttemberg and Bremen. NRLD is targeting Affiliate Membership of the RLEF in 2017.