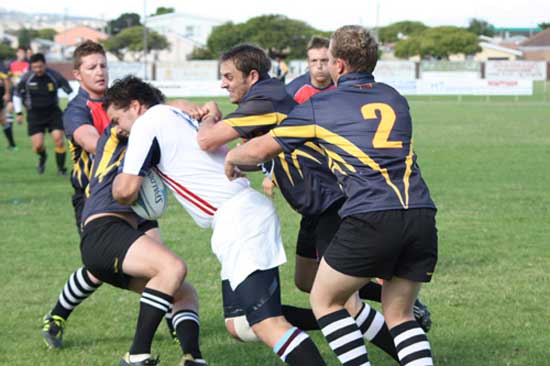 South African Rugby League is using the tour to Australia, the first one since 1963, not just to play two key international matches, but also to start with the program to expand the “league intelligence” of their players. As such, head coach Brian Greige used his extensive connection in Sydney to compile a very thorough training camp with some of the best coaches in the NRL at the moment.

A first for both teams, the Rhino’s will actively participate in a Bulldogs Session on Friday the 24th of April at Belmore Oval, home of the Canterbury Bulldogs. The team will be based at Narrabeen Institute for Sport, and while there they will have training sessions with Andrew Patmore, assistant coach at the Bulldogs, Stuart Raper from the Cronulla Sharks, and also do some sessions with the guys from the Manly Sea Eagles.

Rhino Director, Hendrik “Drikkies” Mulder, was very excited with the team’s departure, saying: “This tour is to build experience and to get the squad ready for the World Cup Qualifier end of the year. We know we have quality athletes, and they are getting better every week, but we need to battle harden them, and get them to play against international teams of the quality that we will be facing on this tour. The coaching sessions will also be instrumental in helping us prepare the squad and take them to the next level.”

Details of the training sessions: