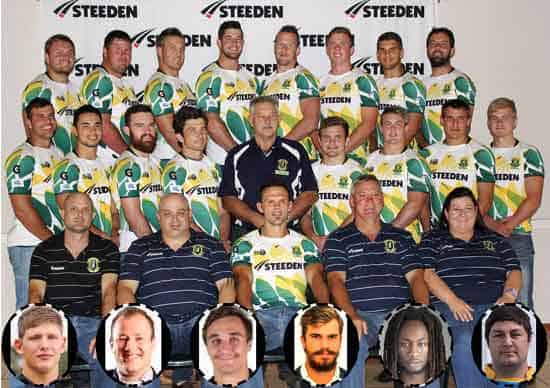 The South African Rugby League Rhinos are set to embark on a tour to Australia to play two international matches in Sydney and take part in development training with NRL sides Manly Sea Eagles, Canterbury Bulldogs and Penrith Panthers.

It will be the first time since 1963 that South Africa’s national rugby league side has toured the Antipodes, the then Springboks playing two Tests against Australia, in Brisbane and Sydney, and one facing New Zealand at Carlaw Park, which they won 4-3.

The Rhinos will depart on Wednesday 22 April and return to South Africa on Monday 4 May, and will be staying at the NSWRL Institute of Sport in Narrabeen, Sydney.

SARL president Kobus Botha commented, “We will undoubtedly benefit from in-depth sessions with the NRL clubs. The opportunity to receive such expert coaching will aid us in our quest for 2017 Rugby League World Cup qualification.

“Two South African youth development players will join us on tour to gain valuable experience and, for the first time, the SARL has permitted the inclusion of five heritage players based in Australia to play for the Rhinos.”

Botha added, “We are hopeful that this tour to Australia will become an annual event.”

The Rhinos will play two games, versus Philippines on Sunday 26 April at Hammondville Oval, Moorebank (kick off 4pm), and against Niue on Saturday 2 May at Campbelltown Stadium (kick off 7pm) as part of the ANZAC international stand-alone weekend when no NRL matches will be played.

The team’s schedule is as follows:

Saturday – 2nd May    International 2:  SARL Rhinos vs Niue at Campbelltown Stadium at 19h00