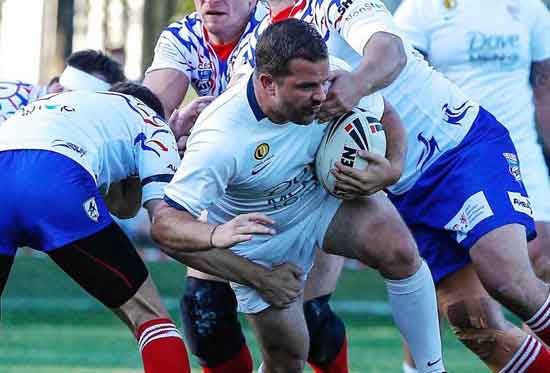 The RLIF confirmed what many already knew, that this summer’s Rugby League European B and C Championships, will form part of the European qualifying framework for the 2017 Rugby League World Cup, to be held in Australia and New Zealand.

Latvia and Spain meet in Riga on 9th May in the opening match, the winners later hosting Malta on September 26. Malta’s home qualifier will be a second meeting in as many seasons – against Greece at Marsa on October 10.

The Marsa fixture at Matthew Micallef St John Athletic Stadium on October 10 will be a return to the home of rugby league’s first match on Maltese soil when the Maltese debuted the sport in 2005, after the MRL reached agreement with Athletics Malta to host the fixture at a venue that meets the RLEF’s Euro C requirements.

The nation that emerges on top in Malta’s Euro C group will progress to the qualifying pools in 2016 against three of Serbia, Russia, Italy and the Ukraine.

Serbia head coach Marko Jankovic commented, “In our eyes, we are already deep into the qualifiers, as we knew the 2014 matches would be connected to the World Cup”.

MALTA PREPARES FOR WORLD CUP QUALIFIERS
Malta coach Anthony Micallef said the last year has always been with a view to Malta’s involvement in the World Cup qualifiers.

Micallef commented, “We’ve been in touch with our players playing at the highest level in Australia and England, and locally we introduced the national squad concept. All the players are buying into it, both locally and abroad”

Malta will advertise for a High Performance coach to join Micallef and his new appointments which include a new Strength and Conditioning coach and Team Doctor.

One on-field setback however will be that of Malta captain Chris Parker who has been ruled out for the summer with a bicep tendon tear for the second time in three years.
The 33-year-old Malta captain has been quick to rule out early retirement, commenting, “This is the second
pectoral injury that has required surgery after suffering the same injury two years ago. I know the next six
months are going to be tough but I’ll be looking at putting in the hard work with my rehabilitation and
bouncing back strong as I feel I still have a lot to give”
In Australia, Malta-eligible Canberra Raiders hopeful Andrew Heffernan has been ruled out for the season after it was revealed he would need shoulder surgery immediately. Off contract at season’s end, Heffernan broke the news to Malta coach Micallef last week.

MALTA’S ROAD TO 2017
Should Malta finish top of this year’s Championship C group and progress from the 2016 qualifying pools, they would be joined by seeded nations Ireland and Wales for the final leg of the qualifying path.

Coincidentally, the MRL revealed this week it is in talks with Ireland to tour Malta later this summer, completing a mammoth five-match national team calendar for 2015.

Rugby League Ireland director Richard Egan is looking forward to his nation’s involvement. “We are eagerly anticipating the RLWC qualifiers to capitalise on exciting times for the organisation,” he said.

“2015 sees a new title sponsor for Ireland as well as a new home with a view to developing further our domestic players on the international stage”.

AWAY INTERNATIONALS
Ahead of the qualifiers in September, Malta will face Lebanon in Sydney on May 3 with a largely Australia based lineup, followed by a June 21 clash against Belgium in Leeds with a largely Malta based squad.

Belgium host the Czech Republic in a friendly international tomorrow in Brussels, the latter whom Malta beat 34-8 last summer.

*Due to the ongoing political tensions between Russia and Ukraine and Ukrainian legislation limiting the freedom of movement of males aged 18-60, the Ukraine v Russia match has a provisional date. The RLEF will monitor the situation and consider appropriate actions.