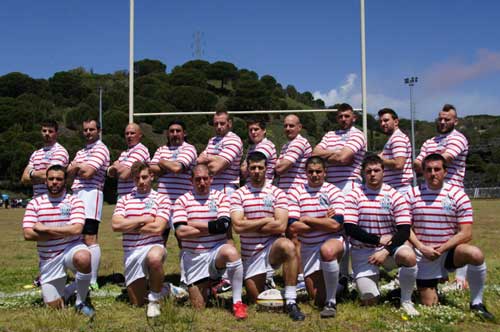 The FIRFL have promoted an official FIR press release that states:

“IRFL – The Federal Council has unanimously approved the acknowledgement of the Association called Lega Italia Rugby Football League (hereafter referred to as Lega IRFL) withan registered office in Rome, Via Santa Croce in Gerusalemme 63, which sports association under the federal support, committed to the activity in the form of Rugby a 13 and Rugby a 9.”

While, a further press release from Magnifici Firenze RL states:

‘These are the words of the President Magnifici Firenze and Vice-President of Lega IRFL, Luigi Ferraro: “We are excited about the recognition occurred, the path was long and arduous and the hard moments were not missed, but we believed all the way, in such a rugby and taught it! I would like to thank all the people, players, coaches and managers, but also all official partners and friends who supported us, and it is to the credit of all that we have managed to achieve this historic goal.

Now we look to the future with great serenity and with a greater motivation given by this official (recognition)’. I think rugby is only one, especially with characterised values, whether played as Rugby League or Rugby Union. “And now (we are) all concentrated on the International match for the Azzurri representatives of the Lirfl in Rome on 16 May.”

Currently, rugby league has only ever been played in a short period of time, no matter the federation in Italy. So, it is seen this recognition will provide much greater development opportunities, growth and short and long-term benefits. Watch this space!