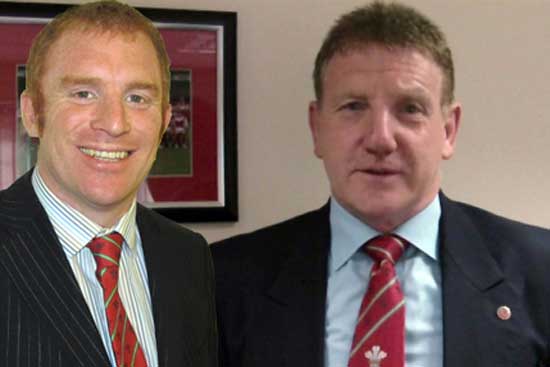 Juliff and Thair took over as chairman and chief operating officer respectively back in 2013 and their first tasks were to manage the debts accrued by previous management and to build WRL back into a solvent position.

But now, as announced in the recent Annual General Meeting, the organisation is operating at a profit and is rebuilding participation levels. Following accruing operational losses of £115,453 three years ago WRL has moved recording profits in the last two financial years.

Nicholas, a former Wales international, who has been involved off the field in Wales Rugby League for over 20 years as a coach, team manager, administrator and since 2003 the president of WRL, believes that they are in the best position they’ve been in a long time.

“I’m really pleased that Chris and Brian have successfully retrieved what was a bad situation we were in off the field back in 2013,” he said. “They’ve done a tremendous job in getting us back on track and their timely intervention regarding governance was critical in our continued developments as an organisation.

“I played for Wales 40 years ago and I’ve been around off the field now for over 20 years, so no-one is more appreciative than me as to what they’ve done.

“I think we’re going from strength to strength, we’re certainly moving forward anyway. Building Rugby League in Wales, when you consider how many other popular sports here, is always a roller-coaster ride but we’ll keep going.

“What I’ve been really encouraged with over the last couple of years is the player development. The management seem to have appointed the right people to train the players and it’s been proved with a number of players signing for Super League clubs, not just first team but in the academy sides too.

“I think we have a successful future on and off the field and I’m looking forward to next stage of growth. We’re growing the game all over Wales and long may it continue.”