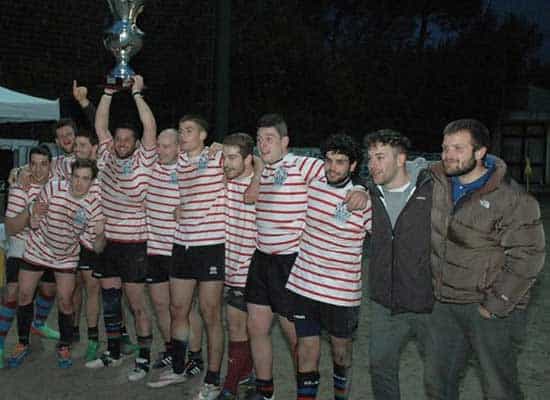 Once again, the defending champions of the last edition of the Italian Cup, Usag Roma, have lifted the trophy again in 2015 at Campi Bisenzio, on a beautiful day in the climax of this year’s event, which saw a completely new formula.

The Federazione Italiana Rugby Football League (Firfl) had decided to make “inter-regional” competitions to determine the finalists of the 2015 Italian Cup and chose to play rugby league nines, rather than in the classical discipline of 13 men), in an endeavour to try to balance the competitiveness on the field and focus on faster matches and create more excitement. A good choice, even though Usag Roma had the upper hand again, beating in the final the home team of Magnifici Firenze and Syrako from Sicily.

Last Saturday, at the field of Libertas of San Piero at Ponti Puma Bisenzio, in the town of Campi Bisenzio (near Florence) who had previously hosted an inter-regional event, the day opened with a touch rugby league and then three young Under 14 teams from Florence 1931, the Puma Bisenzio Livorno Lions took to the field. Then there was a break for the Six Nations Rugby match between Italy and Wales, projected on a giant screen (any rugby is good in Italy, where soccer/football dominates majority of the time), and then the highlight of the event with the Italian Cup Finals matches began .

The first to take the field were Magnifici and Syrako, with the Tuscans outmaneuvering the Sicilians by 14-8. The Sicilians fought with great determination in the second match, but were unable to do much against the experience and clever tactics set by Usag Roma who won 16-4. In the Final, the capitolini went on to take the trophy by defeating the Magnifici 16-0 and triumphing in the ‘Coppa Italia 2015’.
\
With regard to the next domestic appointments, next, they will return to the field in early June with the dispute of the first Championship matches for the Federleague 2015 season, but the attention of the whole Firfl movement is already focused on to the fantastic international event that the Azzurri Rugby 13 this coming May 16 in Rome against the BARA.