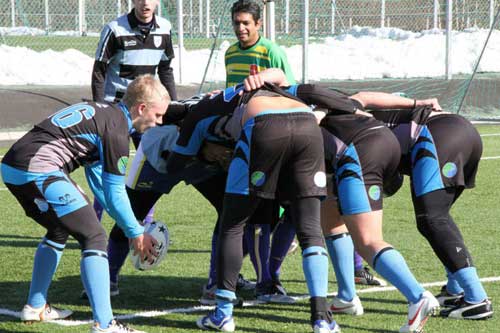 Six teams will contest the third Scandinavian 9s at Kungsbacka next Saturday (21 March) as a prelude to the Sweden RL domestic season.

Copenhagen Black Swans will be defending the title and this year sees newly formed Stockholm-based clubs Kungar and Södertälje Storm joining Skåne Crusaders and Kungsbacka Broncos. Gothenburg RK will also make their debut in the competition.

“Nines is a great format for introducing new players and potential teams to the sport,” he said.

“It is very exciting to see so many new faces among those who have worked so tirelessly over here and, from a personal point of view, the Crusaders want to take the title back.”

The opening round of the Swedish domestic season starts the following Saturday and runs through to 9 May.