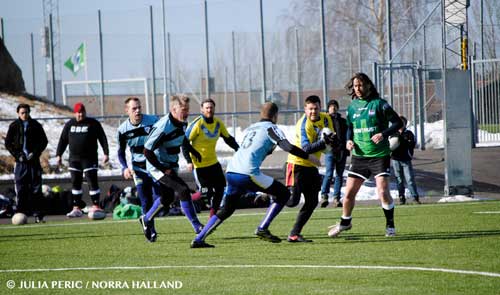 Germany continued its rebuilding with a match official tutor course in Hattingen, North Rhine-Westphalia, as part of the EU-RLEF Leadership Devolution Project.

Butler, who led this cluster in its launch activity in Copenhagen last year, commented. “Bob, Simon and Steve all delivered elements of the course to a high standard and will definitely be putting their skills to good use in the activity planned later in the year. We had a great feedback session and planned the next steps to continue the development.”

Bob Doughton, who is engaged in the resuscitation of the German governing body, felt that the course was well pitched to the seven young German refereeing candidates.

“The three tutor candidates worked very well as a team,” he said. “In addition, we also had a lot of discussion about strategy and Ian, Dave and Steve provided so much information that we in Germany need to digest and then decide on future steps.”

The Leadership project is designed to aid the capacity and competence of the sport’s newer member nations and increase the leadership role of the more established federations. The EU supported it with €195.000 of funding.