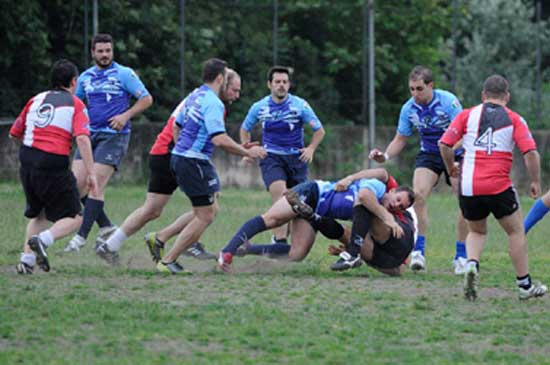 On Sunday, however, there will be a third regional stage of the competition with it being hosted in Catania at the playing field of Briganti in San Teodoro Liberato, after the Romans and (in fact) the Tuscans have already qualified, which (in Florence) most notably saw regional television coverage and 8 clubs participating across junior and senior rugby league grades (four in the Coppa Italia – results on federleague.it).

“We can’t wait to see this beautiful festival of sport and making further promotion to the rugby league movement” said the head of Firfl Sicily Committee, Gianni Saraceno “We’ll start in the late morning and there will be three teams: the “historians” of league Briganti, the novelty Syrako of Syracuse (debutants) and a Sicilian development side. Beyond the outcome, we hope to attract a lot of people to the San Teodoro Liberato field to introduce more and more people to our discipline.”

Sicily, has been among the most “active” regions of Italian Rugby League. “We are pleased with how things are going to be strictly numerical level both in terms of quality and on the work done in the past by important people of the sport, especially Massimo Nicotra and Tino Magri. The work to be done is still very much and we hope to grow more, but the involvement of a new team in Syracuse confirms that we’re moving in the right direction.”

As the last regional competition is being finalised before the Semi Finals and Grand Final: the holders of the, Usag Lazio, will soon know their full opponents. Overall, the Italian Cup this year will see ten senior teams participating!