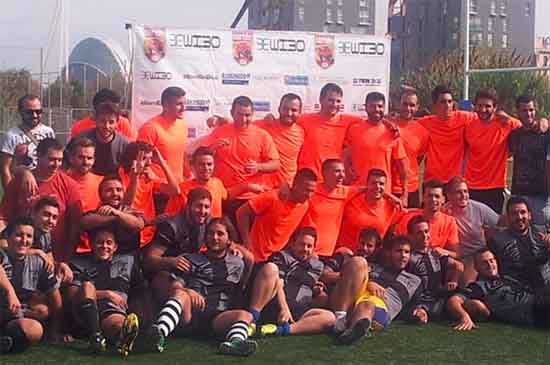 The Asociacion Española de Rugby League (AERL) has been accepted as the ninth Affiliate Member of the Rugby League European Federation and its 20th overall.

“Achieving Affiliate Member status is the best possible proof of the strength and seriousness of the Spanish project,” said AERL president Salomé Sansona. “Our new status puts the AERL at the level of some long-established federations and opens the possibility for the first time to play in official RLEF competitions.

“We also recognize the efforts of the 12 Spanish clubs who, through their joint work, have enabled us to achieve this goal. Our referees, coaches, players, volunteers and sponsors have also contributed to this recognition.

Sansona added, “We will work to continue establishing ourselves as the benchmark for emerging nations in Europe.”

Spanish rugby league began in February 2013, with the AERL officially formed that August and accepted as an Observer Member of the RLEF in December 2013.

Spain played its first full internationals in 2014 and will this year will field a youth national side for the first time.

The association’s most impressive work has been in establishing a burgeoning domestic championship, in line with RLEF strategy.

The principal league this season, based around Alicante and Valencia, will include seven clubs while AERL is also running West and East development leagues to incorporate new clubs formed in Barcelona, Cordoba, Madrid and Coria as well as staging an U18 club championship.