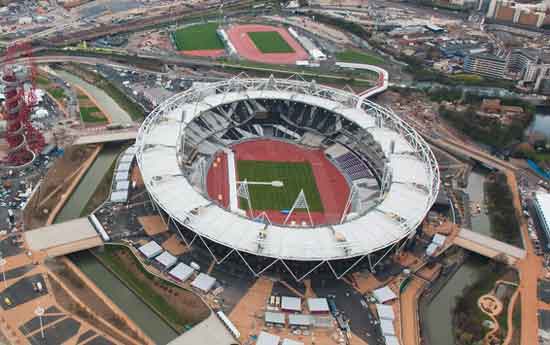 London’s Olympic Stadium will host international rugby league for the first time, when the NZ Kiwis face England in the second of three tests in November.

The 54,000-capacity stadium is one of three venues named for a series that will mark England’s first appearance on home soil since their narrow defeat by New Zealand in the 2013 Rugby League World Cup semi-final at Wembley Stadium.

The series opens with the first match at KC Stadium in Hull on Sunday, November 1 in an international that will form part of the 150-year celebrations of host club Hull FC, which was founded in 1865.

“The Olympic Stadium provided the backdrop to some truly memorable action at London 2012 and it is simply fantastic that we have reached an agreement for England to play New Zealand there in November,” says Rugby Football League chief executive Nigel Wood.

“The world’s best rugby league players deserve to play on the biggest stages and our supporters deserve the opportunity watch rugby league in the best venues. The Kiwis are our oldest rivals on the international stage and the match at Olympic Stadium will provide one of the highlights of a historic year for the sport, as we celebrate our 120-year anniversary in 2015.

“Two years have elapsed since we last hosted New Zealand and I am sure that everyone who witnessed that memorable semi-final at Wembley Stadium will be looking forward to experiencing a re-match at Olympic Stadium.

“Hull and Wigan have long and proud traditions as international Rugby League venues and the matches at KC Stadium and DW Stadium will be terrific occasions played out in front of bumper crowds.”

“I’m really excited that my players have the chance to play in the inaugural Rugby League game at such an outstanding venue,” he says. “If we can fill it full of English fans and get it full of noise, it will be a wonderful occasion.

“In our last two performances against England, there has been nothing between the two sides and I imagine this series will be no different.

“The fans should be excited about the England team. The way they have played against us and Australia recently, they have been great contests and I think they were unlucky to lose in Melbourne.

“The fans should be proud of their team. Hopefully, they will fill the Olympic Stadium and make it a great occasion.”

English counterpart coach Steve McNamara said: “The schedule for the Kiwi series is very exciting and it’s fantastic that we have this opportunity to play an historic international at an iconic venue like the Olympic Stadium.

“Playing New Zealand always brings out the best in the England players and the chance to be involved in the match at Olympic Stadium will provide additional incentive for everyone.

“Coming from Hull, I’m also looking forward to the opening match at the KC Stadium, where the atmosphere is guaranteed to be electric, while we are assured of a rousing reception at Wigan in front of some of the most passionate fans in the world.”

Tickets for all three matches will go on general sale on Wednesday, March 11.

Fans who register from today will have access to an exclusive pre-sales offer, giving them access to the best seats at all three venues for 48 hours from Monday, March 9.

Registered fans will also get exclusive details of kick-off times and ticket prices via email on Sunday, March 8. To register, please visit www.englandrl.co.uk/engvnz_tickets .