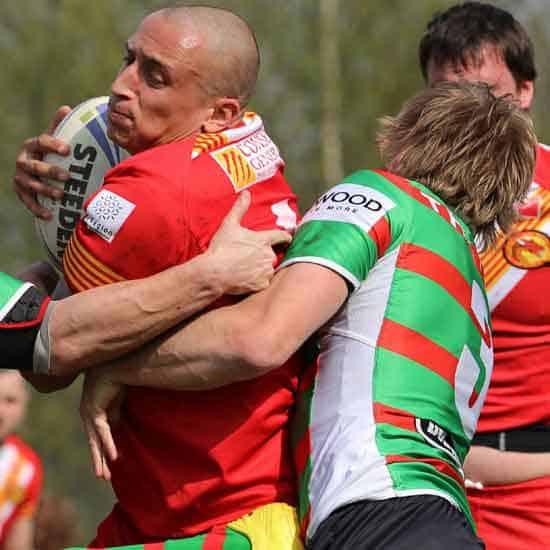 The 2015 CZRLA Annual General Meeting has established the season program, placing emphasis on consolidating the 1st Division Championship, playing an inaugural 13 aside junior rugby league season, and ensuring both the senior & under 18 national teams play challenging fixtures home & away.

The decision was made at the AGM to maintain a 7 team competition in the 2015 CZRLA 1st Division Championship, played on a home & away basis, beginning in April and climaxing in a Grand Final in November, with a July-August summer hiatus. It is expected that the 2nd Division will be a 4 team competition in 2015, and that an inaugural under 18 competition will be played between 4 clubs on a home & away basis which will be linked to the respective junior team’s senior team’s club fixtures.

Junior development has gone on in several Czech rugby league clubs, with training sessions being held for boys and girls of a variety of ages, over the last year. The first full under-18 season will be the culmination of an ongoing junior rugby league development program that has seen the Pardubice Jets hold several Junior Touch Rugby League tournaments involving the local club’s players & teams from schools in the region over the past 3 years. The first full-contact 13 aside junior games in 2015 though, promise to lay an even more solid foundation for the further development of rugby league in the Czech Republic.

On the international front, the AGM locked-in a 2015 home & away series between the Czech & Belgium senior national teams, as well as a game between the Czech team & Sweden, to be hosted by the Havlickuv Brod club in July. The decision was also made for the CZRLA to host a 2 game series between the Czech under-18 team and a visiting England Colleges under-18 team, while the CZRLA also hopes to tour Latvia with a junior, and possibly also senior, team during the summer hiatus, as repayment for the Latvians bringing their Youth team to the Czech Republic in 2014 for an historic 2 game series. The CZRLA also has ambitions of fielding a ‘President’s 17’ team’ to play with Serbian, Bosnian and Hungarian teams in Budapest during a summer tournament, although the decision was made not to consider the tradition of Pardubice hosting an annual CZRLA International 9s tournament.