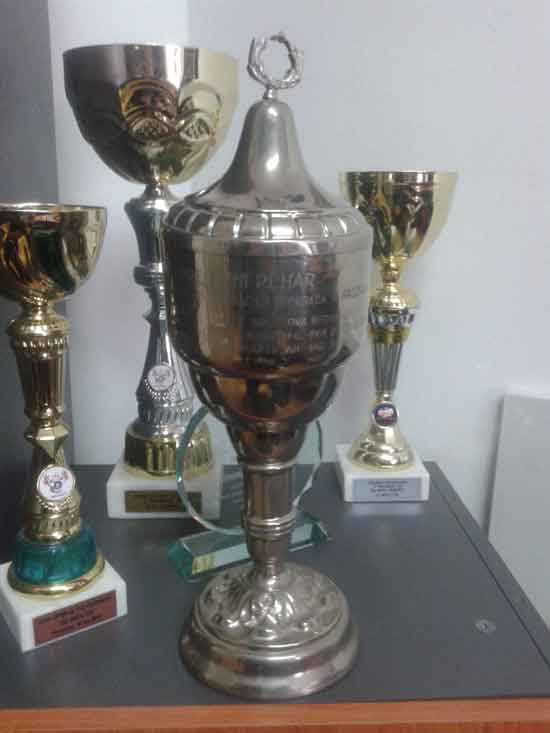 The trophy that was awarded to the winners of Belgrade Liberation Cup from 1954-1964 has been presented to Serbian Rugby League Federation for posterity, and will now be permanently displayed at their new offices in the Belgrade.

Miodrag Krdžić, who has been the guardian of it for almost 30 years presented it to RLEF Central and Eastern Europe Director and SRLF General Secretary Jovan Vujošević and the SLRF membership for their safe-keeping.

Krdžić, a former Belgrade Rugby League Federation president in 1950s and 60s said: “I brought this trophy and the names of the cup winners are engraved on it.

“I kept it safe but now that there has been such a resurgence of rugby league in Serbia, I am happy to hand it over so it can take its rightful place. The 13-a-side game has risen again.”

Jovan Vujošević commented: “Mr.Krdžić was a pioneer of the game in the country who did a tremendous job for rugby league development in 1950s.

“This trophy is one of the most historic and oldest in the whole of the sport and we are proud and honoured to have it on display.”

After the presentation, Miodrag Krdžić spent some more time in new SRLF headquarters and recalled his memories of the beginning steps, first coaches, clubs, players and captains, until the suspension of the game in the former Yugoslavia.