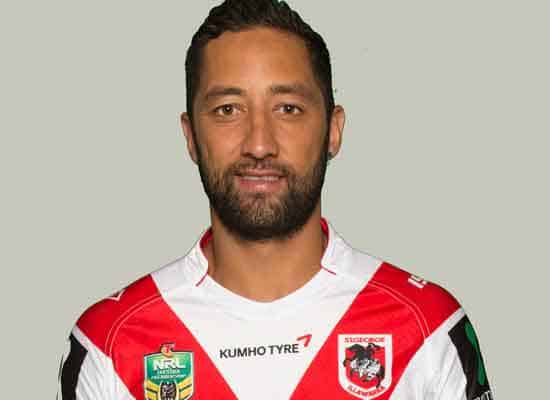 Benji Marshall is relishing the chance to experience the atmosphere of a packed Halliwell Jones Stadium when St George-Illawarra Dragons go head to head with Warrington Wolves in their mouthwatering World Club Series match on Friday February 20 (8.00pm).

The former Kiwi international captain knows it will be a massive challenge for the NRL club to make the long trip to the UK but is looking forward to taking on some of the First Utility Super League’s biggest stars.

“It’s a completely different environment playing in the UK,” said Marshall. “I know the supporters get right behind their teams and are very vocal which make it a great atmosphere to play in. It’s always tough when you’re not the home team, it’s going to be hard for us.

“It’s a chance for us to build combinations, we’ve had a big off season and have been training well. It will be a chance to put all our hard work into practice.”

Marshall is excited by the concept of the newly-expanded World Club Series and feels the Ryder Cup-style format of the tournament that pitches the NRL against Super League will help expand the game internationally.

Having played alongside former Warrington player Mike Cooper last season, the 29-year-old is also aware of the high standards they face from the ambitious Wolves, who are approaching 2015 as one of Super League’s most fancied clubs.

“It’s awesome, especially for the fans in the UK who don’t get to see NRL teams play. There is usually only one game played but with three games this year it’s a chance to showcase our game and to grow it internationally,” said Marshall.

“I’ve played at Warrington before, The Halliwell Jones is a great stadium and the crowds are always superb. I have a few mates who have played there like Brett Hodgson and we have Mike Cooper here who played there and we also have Gareth Widdop so hopefully those two can translate for us while we’re there!

“I have a lot of mates in the UK who I keep track of and it’s always interesting to see the Super League guys who come over to Australia, they always seem to do well. It’s a tough competition and Warrington will be tough opposition.

“It will be good for us as a team to get away and get to know each other better. It will be a tough gig but if you can handle it, especially when the crowds are against you, that’s a big effort. It’s a good opportunity for finding each other as a team and seeing who will stand up to the challenge.”

Tickets for the 2015 World Club Series game between Warrington Wolves and St George Illawarra Dragons at The Halliwell Jones Stadium on February 20 cost from £20 for adults and £10 for concessions and children. Tickets are available from the club’s ticket office, by calling 08448 11 11 76 or by visiting www.warringtonwolves.com