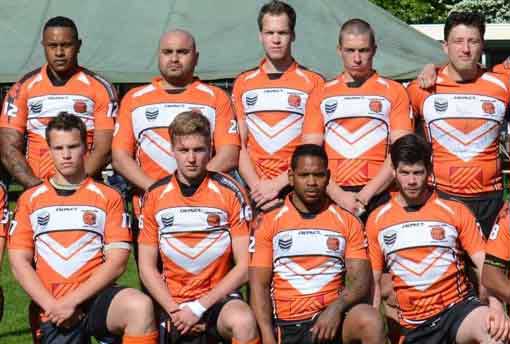 The Netherlands Rugby League Bond has announced the creation of their first-ever schools rugby league programme.

It aims to engage participants from the ages of 6 to 18 and, to begin with, the sessions will be delivered by national head coach, Kane Krlic.
The first block has already started at Bredeschool Stadsdennen Harderwijk.

Schools Sport Co-Ordinator Gert-Jan Hop said it was a great success. “We are very excited to be the first cluster of schools in the Netherlands to play rugby league,” he said.

After just two sessions the pupils are already asking for more! We want to support the NRLB in developing the game in this area.”

Plans are already in place to include more primary and high schools together with colleges in the surrounding areas.

“We feel it will aid our development and will also allow more people in the Netherlands to become aware of the sport.

“We understand that to get the programme to where we want it to be will be a long but exciting process.”

He continued, “2015 is going to be an exciting year in the Netherlands for rugby league which wll also see the first ever cross-border domestic competition with Belgium starting, a list of international fixtures and an elite programme for our international players.”